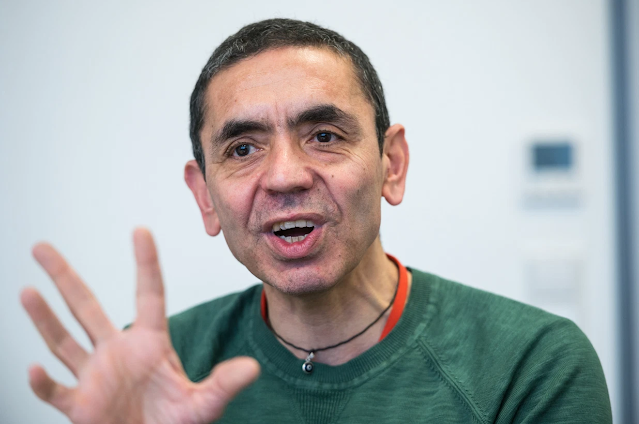 A billionaire scientist behind Pfizer and BioNTech’s breakthrough COVID-19 vaccine says he expects it to “bash the virus over the head” and ultimately end the pandemic, according to a report.

Following an announcement this week that the vaccine was more than 90 percent effective in trials, Uğur Şahin — the 55-year-old CEO of BioNTech — on Thursday told the UK Guardian that it’s a sure thing.

“If the question is whether we can stop this pandemic with this vaccine, then my answer is: yes, because I believe that even protection only from symptomatic infections will have a dramatic effect,” Şahin, of Mainz, told the paper.

He said he’s confident the treatment will work because it attacks the virus on multiple levels.

“The vaccine hinders COVID-19 from gaining access to our cells. But even if the virus manages to find a way in, then the T-cells bash it over the head and eliminate it. We have trained the immune system very well to perfect these two defensive moves. We now know that the virus can’t defend itself against these mechanisms,” he said.

He added, “We now know that vaccines can beat this virus.”

On Monday, the pharmaceutical giant Pfizer and the German firm BioNTech announced that their vaccine candidate had proven to be 90 percent effective at stopping people from getting sick during phase 3 trials.

It’s unclear how long the potential vaccine would last. But Şahin, who Forbes says is worth $4.5 billion, said he believes it could work for up to a year.

“We only have indirect clues so far [immunity duration]. Studies of COVID-19 patients have shown that those with a strong immune response still have that response after six months. I could imagine we could be safe for at least a year,” he told the paper.

More research about the level of protection the vaccine offers to different age groups is expected to be released in three weeks, he said.

Posted by theodore miraldi at 9:12 AM