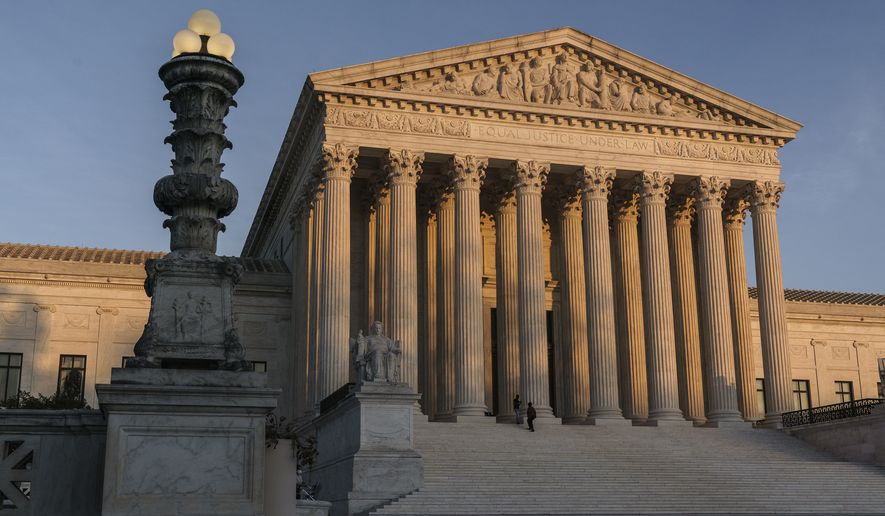 The Supreme Court ordered Pennsylvania officials on Friday to segregate mail-in ballots that arrived after 8 p.m. on Election Day.

State officials said they would separate them since a case is pending over the extension, but the Republicans argued it is unclear if that is being done.

The GOP state legislature had required mail-in ballots to be in by 8 p.m. on Election Day, but the state Supreme Court permitted a three-day extension through Nov. 6 at 5 p.m. Additionally, the case concerns a postmark that may be smeared, with the state court saying it should be presumed to have been sent before Nov. 3.

Mr. Trump moved to intervene in the challenge after Pennsylvania Republicans argued the state’s Democratic leaders and secretary of state violated the law by extending the time.

The legal battle is returning to the Supreme Court after the justices refused to get involved in the matter last week, saying there wasn’t enough time to do so with just days before the election.

The justices had split 4-4 on the issue earlier this month, leaving the Pennsylvania Supreme Court ruling in place.

Posted by theodore miraldi at 9:53 PM