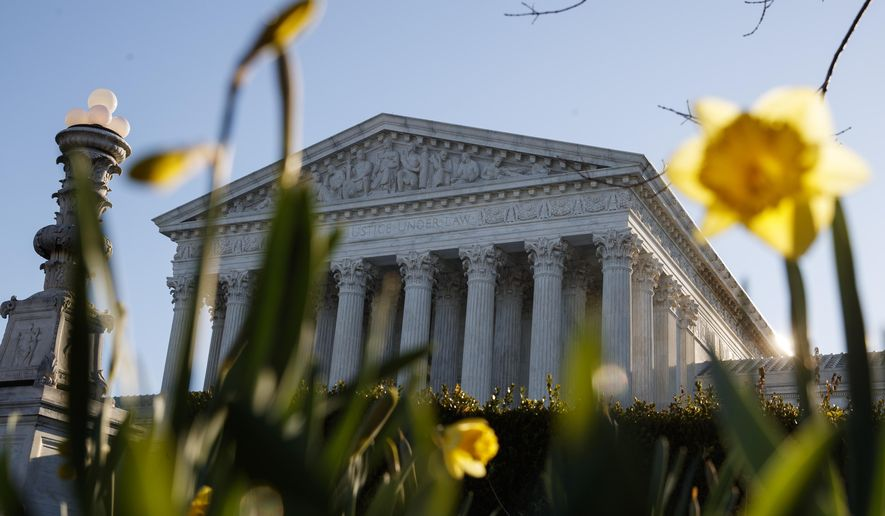 The Supreme Court ordered Pennsylvania Democrats to respond by Thursday evening in a case challenging the state’s three-day extension for counting mail-in ballots.

President Trump has moved to intervene in a lawsuit brought by Pennsylvania Republicans, arguing the state’s Democratic Party and Secretary of State violated the law by extending the time for counting mail-in ballots to Nov. 6 at 5 p.m., despite the state legislature setting the deadline as Election Day.

The lawsuit takes issue with a state Supreme Court ruling that postmarked ballots be presumed to have been mailed before Nov. 3, even if not clearly postmarked to that effect.

“This is an open invitation to voters to cast their ballots after Election Day, thereby injecting chaos and the potential for gamesmanship into what had been an orderly and secure schedule of clear, bright-line deadlines,” the Republicans argued.

Mr. Trump filed a motion Wednesday to get involved in the suit, claiming that how Pennsylvania goes could decide the presidential election and that the high court should settle the conflict over the ballot extension quickly.

According to the court’s docket, the justices want the state’s officials and Democratic Party to respond before Friday’s ballot-counting deadline.

“Response to motion for leave to intervene requested, due Thursday, November 5, 2020, by 5 p.m.,” the docket read.

The legal issue is returning to the Supreme Court after the justices refused to get involved in the matter last week.

Newly minted Justice Amy Coney Barrett did not participate in the high court’s denial of the Republican Party’s request that the justices expedite their legal challenge.

The justices had split 4-4 on the issue earlier this month, leaving the Pennsylvania Supreme Court ruling in place, which let votes be counted beyond Nov. 3.