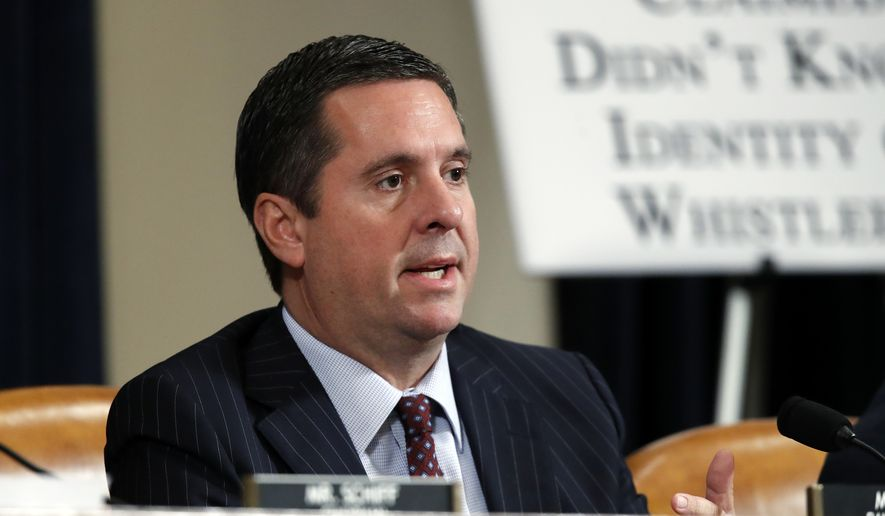 Twitter blacklisted for a day an account for a popular conservative movie that tells the story of how the FBI, news media and Democrats tried to bring down President Trump on false Russia allegations.

Twitter on Thursday had suspended “The Plot Against The President” (@PATPmovie) but did not specifically explain the reason to producer Amanda Milius except that it violated the platform’s rules.

Ms. Milius told The Washington Times she woke up Thanksgiving to “10,000 text messages” informing her of the blacklisting.

“I don’t recall doing any deaths tweets or doing anything that could have gotten us suspended,” she said, referring in jest to Twitter’s prohibition on encouraging violence. “I can tell you we didn’t do anything that could be considered ban-worthy. What they sent me is so vague it could cover any tweet anybody does ever.”

The Twitter account opened in June and attracted 30,000 followers. It now has 95. The movie debuted in October.

She says Twitter is illegally allowing theft of her intellectual property by not suspending a spoof “The Plot” account that makes pirated clips available.

Ms. Milius, who is in Nevada helping the Trump campaign, said the Trump movie is one of the most popular political documentaries on Amazon Prime based on the fact it has more than 13,000 reviews. By comparison, “Trump Card,” another pro-Trump documentary, has 4,450 reviews on Amazon Prime.

Twitter has actively targeted conservatives, yet left-wing groups have made no such censorship complaints. For example, Twitter suspended for a while Sidney Powell, who is waging a legal campaign to reveal what she says is election fraud. Twitter has also censored @realDonaldTrump.

“The Plot Against The President” is a 90-minute story told in the words of Washington conservative activists and politicians.

The principal storyline is how Rep. Devin Nunes, California Republican and then chairman of the House Permanent Select Committee on Intelligence, launched an investigation in 2017 to answer two central questions: Who funded the Kremlin-sourced dossier created by former British intelligence officer Christopher Steele, and how did the FBI used its allegations to investigate President Trump and allies?

Wielding bank subpoenas and persistent written demands to FBI headquarters, Mr. Nunes got the stunning answers: The Democratic Party and the Hillary Clinton campaign jointly funded Mr. Steele via the opposition research firm Fusion GPS. And the FBI relied extensively on the dossier to obtain a year’s worth of wiretaps on Trump campaign volunteer Carter Page.

Mr. Nunes’ investigation made him a pariah with the liberal media, which vouched for the dossier’s dozen or so felony claims.

None proved true, meaning Democrats and the press were trying to destroy a candidate and then president based on what Republicans came to call a hoax.

After @PATPmovie went dark, the producers issued a joint statement:

“Twitter suspended our account indefinitely for no reason. They have also suspended the accounts of several of our crew, many who don’t even tweet. What’s more, they have allowed an imposter account to remain active and they refuse to verify us. Twitter needs to tell us and the rest of America why they are censoring us. Our film is thoroughly researched; it is backed up by independent sources and congressional testimony. Is Twitter trying to silence us because they can’t stand that a documentary exposing Russiagate as a giant hoax is the number 1 documentary in America.”

The movie’s storytellers are a who’s who of conservatives: Mr. Nunes; his spokesman, Jack Langer; his top investigator Kash Patel; former acting Director of National Intelligence Richard Grenell; Donald Trump Jr.; Tom Fitton, president​ of Judicial Watch; and author Lee Smith, on whose book the movie is based.

“Devin Nunes was the hero in the forest,” Mr. Grenell says on camera. “He was alone. He was mocked. He was attacked.”

Says Mr. Nunes, “The thing they were investigating the Trump campaign for [Russian collusion] is what they themselves were doing. Not just the Democratic Party and their operatives but also the FBI.”

Mr. Smith told The Washington Times that Twitter has a built-in bias and a reason to promote the Russian-Trump conspiracy. In June, Twitter hired former FBI general counsel James Baker, who was a conduit for dossier material, as a deputy general counsel. A Twitter communications manager is a former press secretary for Sen. Kamala D. Harris, California Democrat and now presumptive vice president-elect.

Erasing “The Plot,” Mr. Smith said, is “further evidence of their efforts to control information that shows one of their favored narratives, Trump is a Russian asset, to be false. … They’re scared of the movie, which is connecting with tons of people who didn’t know the truth of what happened. The ultimate effect is to make the movie’s message even more powerful. It shows, as I explained in the book, how media and social media combined with the intelligence services to push the anti-Trump operation. Now everyone is watching it happen in real-time.”

Posted by theodore miraldi at 12:23 PM