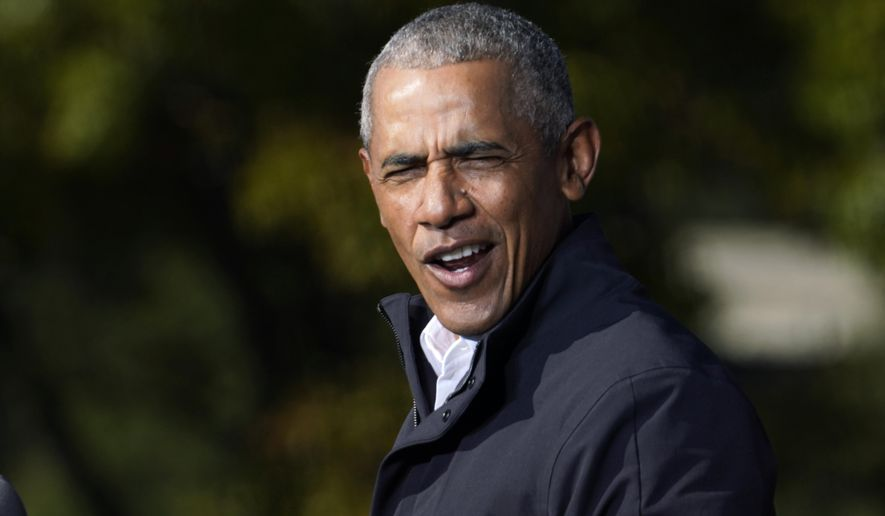 What a boor. And a bore.

This guy has nothing of substance to add to the national political discourse except to condemn conservatives and elevate leftists — all the while pretending like he’s not. All the while pretending like his viewpoints are based on well thought out analysis. All the while adopting a scholarly, “now, don’t you see” tone — a tone that suggests that those who don’t are to be pitied. Tut, tut, intelligence isn’t for everyone, after all.

Obama is so arrogant as to believe people actually take his patronizing for solid political analysis.

The Republican Party is “the minority party in this country,” Obama said, The Hill reported.

“They have certain built-in advantages around power given their population distribution and how our government works,” he went on. “But the truth of the matter is that 60 percent of the people are occupying what I would consider a more reality-based universe, and those are the constituents we’re speaking to and that is a more diverse group.”

The 60 percent to which Obama referred are, of course, Democrats. He’s putting all conservatives in the same cast-off basket and labeling them deplorable.

He also claimed it’s the Democrats, not Republicans, who are the “much more homogeneous” group.

Let the headlines speak for themselves.

“Obama diversity disappoints again,” Politico wrote in May, 2013, of his “all-white, all-male slate to fill departures at key departments, including State and Treasury.”

From DiversityInc, a January 2013 headline: “Obama’s Cabinet Diversity Record ‘Embarrassing as Hell,’” above a story that went on to ask, “Why is President Obama’s new cabinet overwhelmingly white and male?”

“Obama Criticized for Lack of Diversity in Cabinet Appointments,” US News wrote in January of 2013. That piece opened with this: “President Obama is causing a buzz in Washington because of a lack of diversity in his most recent major appointments.”

Classic Obama. Throwing darts to distract from his own guilt. And this comes after he insisted in his book, “A Promised Land,” that it was the darkness of his skin, not the darkness brought on by his radically left and unconstitutional policies, that “triggered a deep-seated panic” among many in the nation — among many in the nation who then turned to Donald Trump for redress.

“For millions of Americans spooked by a black man in the White House, [Trump] promised an elixir for their racial anxiety,” Obama wrote in his memoirs.

Historically speaking, truthfully speaking, it was the majority Democrats, not Republicans, who filibustered the 1964 Civil Rights Act, trying — fruitlessly, as it turned out — to prevent its passage. It was large factions of the Democratic Party who supported the Ku Klux Klan; it was the Republican Party that welcomed Abraham Lincoln as president in 1860.

That’s not to say all Democrats were KKKers or that all Democrats opposed civil rights for blacks. That’s only to say what Obama himself won’t acknowledge: Racism, hate, intolerance aren’t confined to one political party over another — they’re not traits of one ideology and one ideology alone. Democrats, in other words, can be just as [insert negative trait here] as Republicans.

But the Obama who took office in the White House in 2009 is the same as the Obama who ushered in a non-diverse Cabinet in 2013 is the same who spent his eight years of administration condemning police as racists and conservatives as white privileged is the same Obama who now, even now, plays the same race card game. Always aiming his darts at Republicans; never at Democrats; and certainly never at himself.

His main talking point is — is, was and seemingly always will be — that Republicans are bad, Democrats are good, he himself is better, and those who don’t see that are stupid.

America’s supposed to be a melting pot, and that includes political differences.

But in Obama’s world, which is the stifling world of all leftists, only degrees of leftism are allowed. Conservatives, Republicans, conservatism in all its varied shapes and forms are all grouped under one label: inferior.

And that’s just Obama — always. Boorish to the point of boring.