Attorney General Bill Barr appointed U.S. Attorney John Durham as special counsel to continue investigating the origins of the Russia probe in the next administration, Fox News has confirmed.

DECLASSIFIED TRUMP-RUSSIA PROBE DOCUMENTS TO DATE: WHAT TO KNOW

Barr notified the Senate and House Judiciary Committees, in a letter dated Dec. 1 obtained by Fox News, that Durham would be special counsel.

“On May 13, 2019, I directed John Durham, U.S. Attorney for the District of Connecticut, to investigate certain intelligence and law-enforcement activities surrounding the 2016 presidential election,” Barr wrote. “Although I had expected Mr. Durham to complete his work by the summer of 2020, the COVID-19 pandemic, as well as additional information he uncovered, prevented him from doing so.

“In advance of the presidential election, I decided to appoint Mr. Durham as a Special Counsel to provide him and his team with the assurance that they could complete their work, without regard to the outcome of the election,” Barr wrote, adding that he appointed Durham with “the powers and authority of a Special Counsel” on Oct. 19. 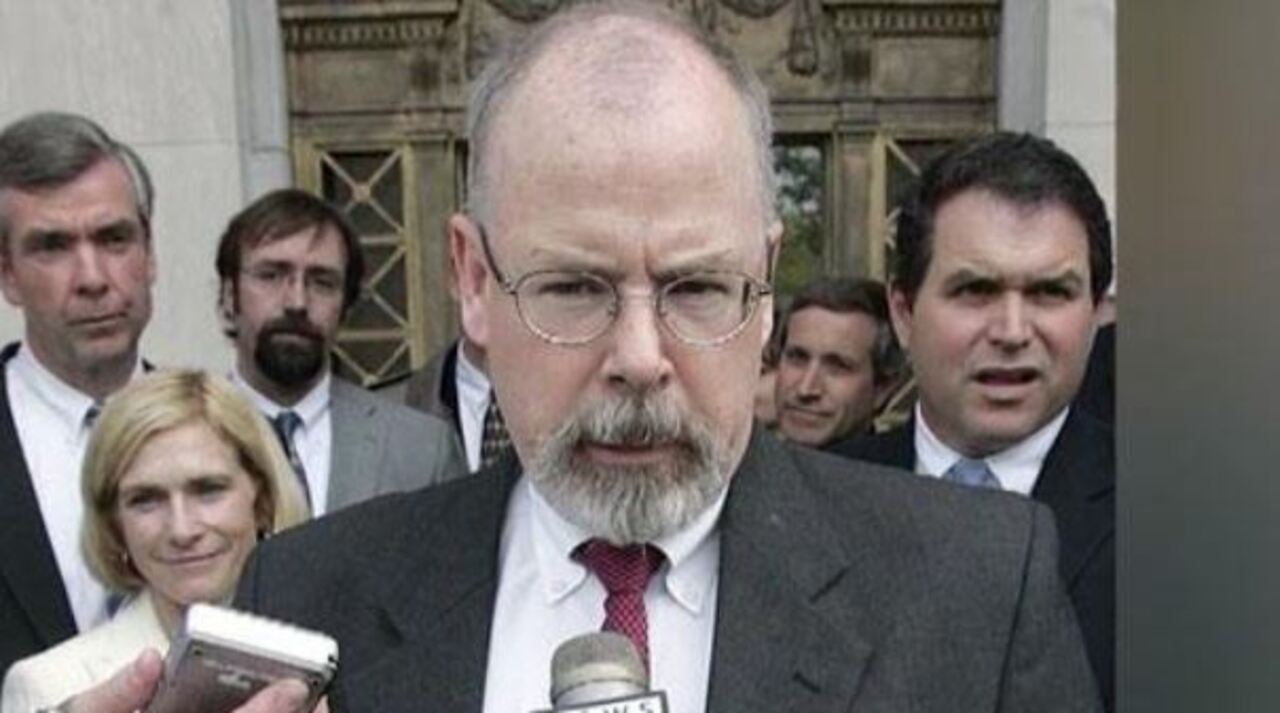 In a scope order, obtained by Fox News, Barr stated that Durham as special counsel “is authorized to investigate whether any federal official, employee, or any other person or entity violated the law in connection with the intelligence, counter-intelligence, or law-enforcement activities directed at the 2016 presidential campaigns, individuals associated with those campaigns, and individuals associated with the administration of President Donald J. Trump, including but not limited to Crossfire Hurricane and the investigation of Special Counsel Robert S. Mueller, III.”

Under U.S. code, the special counsel would produce a “confidential report” and is ordered to “submit to the Attorney General a final report, and such interim reports as he deems appropriate in a form that will permit public dissemination.”

Fox News reported last week that Durham was moving "full speed ahead" with his investigation after Election Day.

Another source told Fox News that his investigation “is definitely still happening,” despite radio silence coming from the U.S. attorney from Connecticut.

Durham’s investigation has produced one criminal charge so far, against former FBI lawyer Kevin Clinesmith, who was accused of altering an email related to the surveillance of a former Trump campaign aide. That prosecution, though, did not allege a broader conspiracy within the FBI, and the conduct it involved had largely been laid out in a Justice Department inspector general report from last December.

After the Clinesmith charge, Durham’s team went silent. Two sources familiar with the investigation told Fox News over the summer that Durham was not finished with several lines of investigation, which he believed were “critical.”

One source told Fox News Durham had been “feeling more pressure to get this done and wrapped up” over the summer, but said that Durham “does not want this to be viewed political,” and would likely “punt it to after the election,” which he ultimately did.

Durham was appointed by Barr last year to investigate the origins of the FBI’s Russia probe, shortly after special counsel Robert Mueller completed his yearlong investigation into whether the Trump campaign colluded with the Russians to influence the 2016 presidential election.

Mueller’s investigation yielded no evidence of criminal conspiracy or coordination between the Trump campaign and Russian officials during the 2016 election.

Last month, Director of National Intelligence John Ratcliffe said he believed there “will be” and “should be” more indictments coming from Durham’s probe, based on “intelligence” he has access to.

“I think there will be more indictments,” Ratcliffe said in October. “Based on the intelligence I have access to, I certainly believe there should be.”

Ratcliffe also said that he has already provided 1,000 pages of material to the Justice Department to support Durham’s investigation.

“At my direction, the Office of the Director of National Intelligence has now provided almost 1,000 pages of materials to the Department of Justice in response to Mr. Durham’s document requests,” Ratcliffe said in a statement Wednesday. “I will continue to ensure the Intelligence Community’s responsiveness to the DOJ’s requests.”

Ratcliffe added that officials at ODNI “look forward to supporting the DOJ in further declassifications consistent with their investigation.”

“As the president has made clear, we must be appropriately transparent with the American people and give them the confidence that the extraordinary work of Intelligence professionals is never misused or politicized,” Ratcliffe said.

Posted by theodore miraldi at 6:02 PM