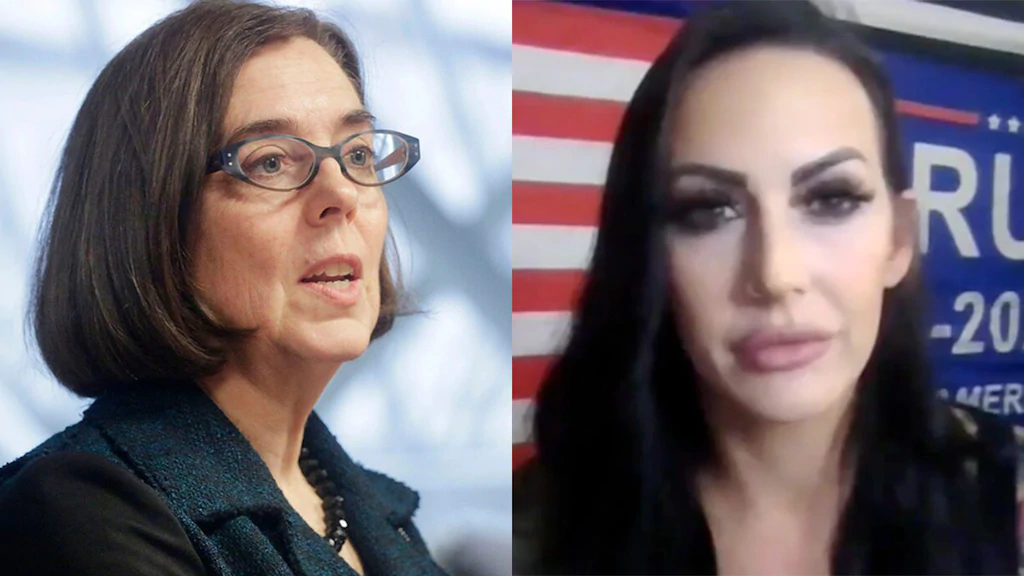 An Oregon salon owner who opened her business in defiance of the state's lockdown orders accused Gov. Kate Brown of "retaliating" against her family in a $100,000 lawsuit, which details the damages she sustained due to extended closures and exorbitant fines issued against her.

Glamour Salon owner Lindsey Graham reopened her salon in May and received a fine of $14,000 from the state. Graham claimed that Brown began to personally "terrorize" her family, and threatened to place her children under the care of Child Protective Services to "intimidate" her into closing her salon doors.

"As soon as I tried to open my doors against the governor's mandate back in May, she came at me with the full weight of the state," Graham told "The Ingraham Angle" on Monday.

Three days after publically opening her salon, Child Protective Services showed up at Graham's home and "interviewed my children without my presence," she explained.

They "opened a full-blown case against me which was completely bogus and unwarranted, and it didn't come until I shot back at them with a threat of the lawsuit," that they backed down, Graham said.

Graham claims that Brown does not have the authority to close private businesses that can demonstrate they can operate safely and adhere to the requirements the government laid out.

Graham also claimed that the Occupational Safety and Health Administration closed her case, deeming her business a "hazardous facility" for her employees.

Oregon instituted strict lockdown measures in March, trying to slow the spread with its "Stay Home, Save Lives" initiative.

After nearly two months of lockdown, Oregon allowed limited reopening in May: Counties had to demonstrate a declining prevalence of COVID-19 as well as extensive contact tracing.

Graham’s attorney alleged that the government was trying to "make an example" of her. Brown's office did not immediately respond to an email from Fox News.