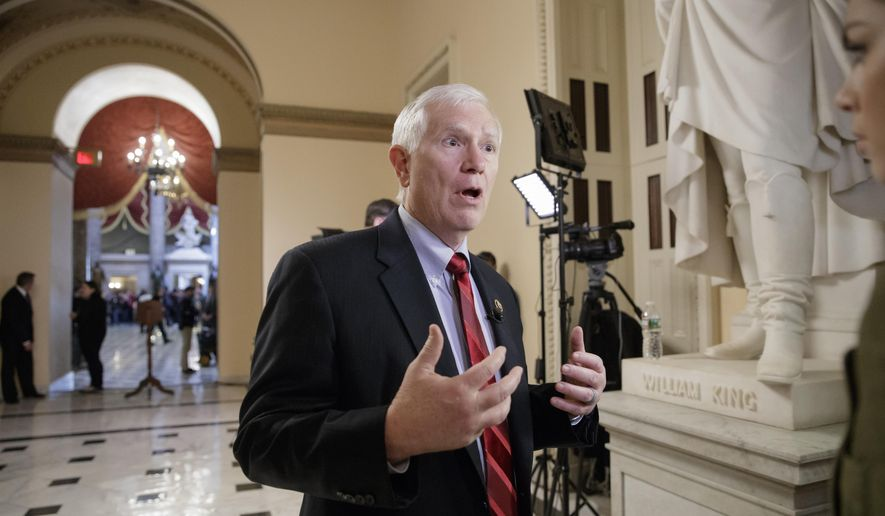 Rep. Mo Brooks said Monday that “dozens” of House Republicans might sign onto objections to the Electoral College results on Jan. 6, when a joint session of Congress meets to announce the numbers.

Mr. Brooks said there is “overwhelming” and “compelling” evidence of “serious voter fraud and election theft” in the 2020 election.

“There are dozens in the House of Representatives who have reached that conclusion, as I have,” the Alabama Republican said on “Fox & Friends.” “We’re going to sponsor and co-sponsor objections to the Electoral College vote returns of Michigan, Wisconsin, Pennsylvania, Georgia, Arizona, Nevada and maybe more depending on where we collectively want to go.”

Mr. Brooks said it’s unclear if any senators will join them. House members need support from at least one senator for an objection to be heard and debated.

Senate Republican leaders have warned their members not to sign onto the effort.

Mr. Brooks was asked about criticism from Rep. Adam Kinzinger, Illinois Republican, who dismissed the push as the product of “congressional grifters” looking to get attention or raise money.

“Well, it is sad to the extent that we’ve got Republicans who are unwilling to do their homework or unwilling to make tough decisions,” Mr. Brooks said. “And unfortunately, Adam Kinzinger falls in that ballpark.”

President Trump is encouraging his supporters to descend on Washington, D.C., on Jan. 6.

On Dec. 14, the Electoral College affirmed President-elect Joseph R. Biden’s win over Mr. Trump by a 306-232 count. It takes 270 electoral votes to clinch the presidency.

Both the Democratic-led House and the GOP-controlled Senate would have to agree to any objections. Otherwise, the votes are counted as reflected in the results.

Posted by theodore miraldi at 10:49 AM