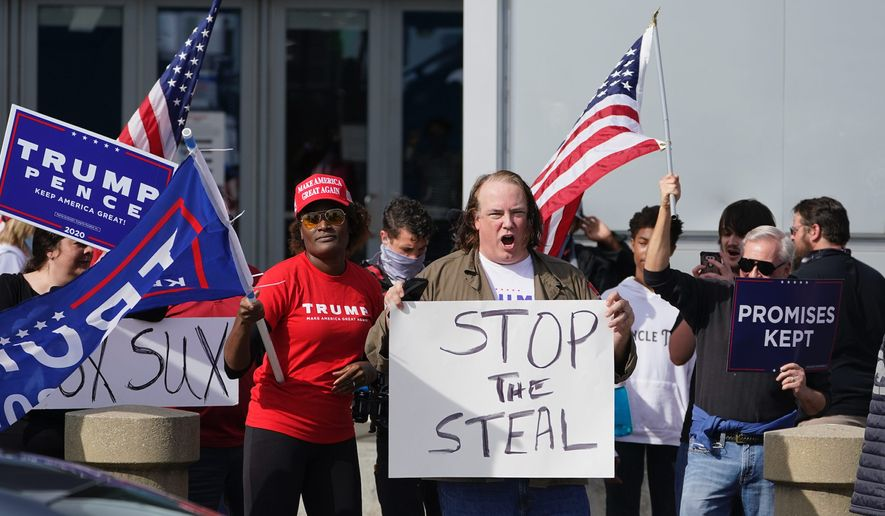 Newt Gingrich, former speaker of the House, has put it out there bluntly that the 2020 election was stolen from President Donald Trump by minions of the left, supporters of socialism, defenders of the Democratic Party — which is to be redundant, i.e., the socialists.

This election count has more holes than Swiss cheese. And no number of naysayers in the media can change that.

From Gingrich, in a recent tweet: “The more data comes out on vote anomalies that clearly are not legitimate the more it looks like 2020 may be the biggest presidential theft since Adams and Clay robbed Andrew Jackson in 1824.”

Twitter rushed to add the tag, “This claim about election fraud is disputed.”

But just for historical context kicks: This was the election that went down in history as the “corrupt bargain” after Andrew Jackson, hero of the War of 1812, won both popular and electoral votes, but was not seated as president. That coveted role went to John Quincy Adams instead. How come? Five candidates ran for the presidency under the Democratic-Republican ticket, including then-Speaker of the House Henry Clay. The splitting of votes meant nobody emerged the clear Electoral College winners and as such, the election decision fell to the House to decide — and Clay was a staunch Jackson opponent. So Clay cut a deal with Adams; in return for supporting Adams for president, Clay would become secretary of State.

Voila. The “corrupt bargain” was born. And the new administration opened with much acrimony.

“First, consider some facts,” wrote Patrick Basham in a Spectator magazine piece. “Trump received more votes than any previous incumbent seeking reelection. … Ninety-five percent of Republicans voted for him. … He earned the highest share of all minority votes for a Republican since 1960. … We are told that Biden won more votes nationally than any presidential candidate in history. But he won a record low of 17 percent of counties; he only won 524 counties, as opposed to the 873 counties Obama won in 2008. Yet, Biden somehow outdid Obama in total votes.”

“Since 1852, only Richard Nixon has lost the Electoral College after winning this trio, and that 1960 defeat to John F. Kennedy is still the subject of great suspicion,” Basham wrote.

Right. That’s the election that sparked headlines like, “Did the Chicago Outfit elect John F. Kennedy president?” — from The Mob Museum. Or, “How Kennedy Stole the White House!” from Magzter.

Then there was that whole “Biden won the election, yet Republicans gained House seats and state seats” thang, an outcome, in Alice in Wonderland lingo, might best be called curiouser and curiouser.

Then there were election night counts that mysteriously stopped. In swing states. In swing states that later showed, when counting restarted, massive upticks in Biden votes — due entirely to mail-in ballots, we’re told.

Then there were the mysteriously cast ballots by non-residents, by dead people. The mysterious voter ballot dumps in the dead of night.

“In both Michigan and Wisconsin, vote dumps early Wednesday morning [on Nov. 4] showed 100 percent of the votes going for Biden and zero percent — that’s zero, so not even one vote — for Trump,” The Federalist’s John Daniel Davidson wrote, in an early November piece titled, “Yes, Democrats Are Trying To Steal The Election In Michigan, Wisconsin, And Pennsylvania.”

And then this mysterious — or maybe not so mysterious — Twitter blackout of that particular Federalist analysis.

Why hide if there’s nothing to hide?

There are more anomalies out there for anyone with interest in searching them and reading. There are more questions and flags and puzzlers and accusations and witness statements and attorneys’ allegations. By themselves, nothing. But as a cluster, eyebrow raising. And all the Joe Biden supporters have to say in response is: Nuh-uh. Trump‘s lyin.’

That’s not good enough. Ask — Does this election count have holes? Answer — Does Swiss cheese have holes?

Unfortunately, with a near-total media blackout, a censoring social media and a committed left that wants nothing more to oust Donald Trump, and oust him but quick, and all his pretty America First policies, too — unfortunately, that’s about the best answer we’re going to get for a while.

Let’s hope when the dust settles and the clock ticks and the litigation progresses and wraps, it’s not the only one. In the end, the American people deserve the truth, the whole truth and nothing but the truth. And on that, so help us God.

Posted by theodore miraldi at 12:03 PM