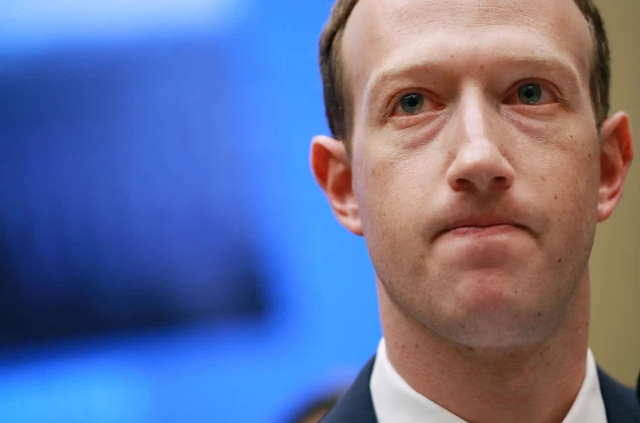 Facebook got slapped with a pair of blockbuster antitrust lawsuits on Wednesday, as government officials accused the Silicon Valley giant of systematically acquiring smaller rivals in order to prevent them from becoming competitive threats.

Both the Federal Trade Commission and a bipartisan coalition of attorneys general from 46 US states as well as the District of Columbia and Guam are looking to force Facebook to unwind its acquisitions of Instagram and WhatsApp.

The states’ lawsuit led by New York AG Letitia James alleges Facebook pursued two of its biggest acquisitions — a $1 billion purchase of Instagram in 2012 and a $19 billion tie-up with WhatsApp in 2014 — in order to cement its position as the world’s biggest social media platform.

The lawsuit cites a 2008 email from Mark Zuckerberg where the then-24-year-old CEO said “it is better to buy than compete,” and notes that the company also looked into acquiring rivals Twitter and Snapchat.

“By using its vast troves of data or money, Facebook has squashed or hindered what the company perceived as potential threats,” James said in a Wednesday statement that made the allegations public.

Facebook currently has 2.7 billion monthly active users across all of its platforms.

The states are seeking to force Facebook to sell some of its acquisitions, James told reporters.

“It’s critically important that we block this predatory acquisition of companies and that we restore competition to the market,” she said.

The FTC, meanwhile, accused Facebook of “illegal monopolization” resulting from “a years-long course of anticompetitive conduct.” The regulator’s lawsuit said that Facebook used its control of Instagram to stop the platform from “cannibalizing” its flagship network.

That behavior, the FTC argues, confirms “that an independent Instagram would constitute a significant threat to Facebook’s personal social networking monopoly.” Facebook, it noted, has lost users and engagement to Instagram “despite Facebook’s efforts.”

In a statement, Facebook general counsel Jennifer Newstead called the FTC’s lawsuit “revisionist history,” saying that “Instagram and WhatsApp became the incredible products they are today because Facebook invested billions of dollars, and years of innovation and expertise” to improve them.

“The most important fact in this case, which the Commission does not mention in its 53-page complaint, is that it cleared these acquisitions years ago,” Newstead said. “The government now wants a do-over, sending a chilling warning to American business that no sale is ever final.”

It is the second blockbuster case against a Big Tech company this year. In October, the Department of Justice sued Google, accusing the search giant of maintaining “unlawful monopolites” in its search and advertising businesses as it angled to remain “the gateway to the internet.”

Facebook over the summer began rolling out a controversial plan to merge the messaging platforms of Messenger and Instagram, a move critics said is part of CEO Mark Zuckerberg’s plan to make the company harder for regulators to break up.