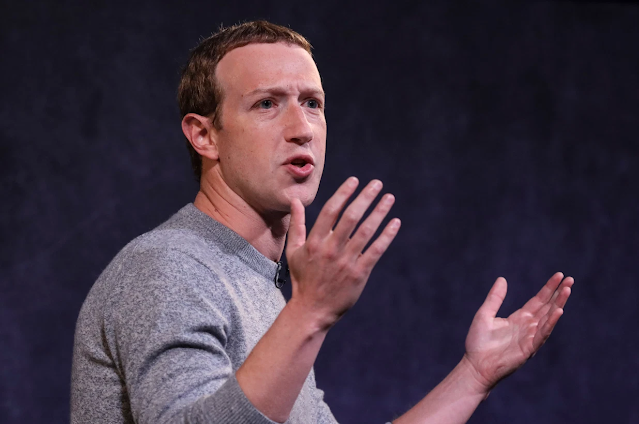 Facebook took out full-page newspaper ads Wednesday slamming an Apple privacy update for the iPhone, claiming that it will threaten small businesses.

Apple plans to roll out changes to its iOS 14 software early next year that will require app developers to explicitly ask users for permission to track their data, a move aimed at shoring up privacy protections on mobile devices.

But Facebook claims the shift could cripple small businesses’ ability to effectively target digital ads that boost their revenues — an argument it made in the splashy print ads under the headline, “We’re standing up to Apple for small businesses everywhere.”

“Without personalized ads, Facebook data shows that the average small business advertiser stands to see a cut of over 60 percent in their sales for every dollar they spend,” reads the ad, which was slated to run in the New York Times, the Wall Street Journal and the Washington Post, according to Bloomberg News.

“While limiting how personalized ads can be used does impact larger companies like us, these changes will be devastating to small businesses, adding to the many challenges they face right now.”

The ad pointed readers to a Facebook for Business webpage featuring testimonials from entrepreneurs who rely on targeted digital ads. The webpage also has a “toolkit” that business owners can download to join Facebook’s pressure campaign against Apple.

Facebook has also argued that users trying to make up revenue lost to less effective ads could start charging for subscriptions through their iOS apps, allowing Apple to collect an up to 30 percent cut of those payments.

Apple, which has previously accused the social media titan of trying to undercut its efforts to protect user privacy, said in a statement: “We believe that this is a simple matter of standing up for our users. Users should know when their data is being collected and shared across other apps and websites — and they should have the choice to allow that or not. App Tracking Transparency in iOS 14 does not require Facebook to change its approach to tracking users and creating targeted advertising, it simply requires they give users a choice.”

Jane Horvath, Apple’s senior director of global privacy, said in a public letter last month that Facebook is just looking out for itself. “Facebook executives have made clear their intent is to collect as much data as possible across both first and third party products to develop and monetize detailed profiles of their users, and this disregard for user privacy continues to expand to include more of their products,” the letter said.

Posted by theodore miraldi at 9:04 AM