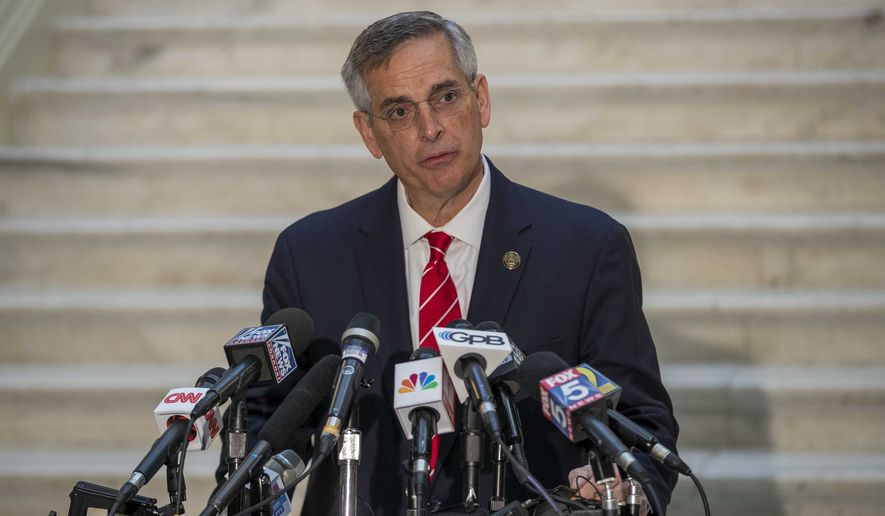 Georgia officials on Thursday caved to requests for a statewide signature matching effort after President Trump’s campaign has repeatedly asked for the study since the Nov. 3 elections.

Georgia Secretary of State Brad Raffensperger announced a statewide effort to review signatures for absentee ballots in all of the state’s 159 counties. The move is an attempt to rebuild trust in the state’s election process.

The announcement comes less than three weeks before the Georgia Senate runoff elections on Jan. 5, which will determine what party holds the majority in the upper chamber.

Mr. Raffensperger announced the partnership with the University of Georgia in a press release on Thursday. The study will analyze a random sample of signatures for mail-in ballots during November’s presidential election.

The review will take a look at the signature matching efforts used across the state and include random samples from each county.

“We are confident that elections in Georgia are secure, reliable and effective,” Mr. Raffensperger said.

“Despite endless lawsuits and wild allegations from Washington, D.C., pundits, we have seen no actual evidence of widespread voter fraud, though we are investigating all credible reports. Nonetheless, we look forward to working with the University of Georgia on this signature match review to further instill confidence in Georgia’s voting systems,” he added.

Earlier this week, the state said it would audit signatures for mail-in ballots in Cobb County, a suburb of Atlanta.

The Georgia Bureau of Investigation will help, and the audit is expected to wrap up in two weeks.

Mr. Trump has accused several battleground states — including Georgia — of widespread voter fraud related to the massive amount of mail-in ballots spurred by the coronavirus pandemic.