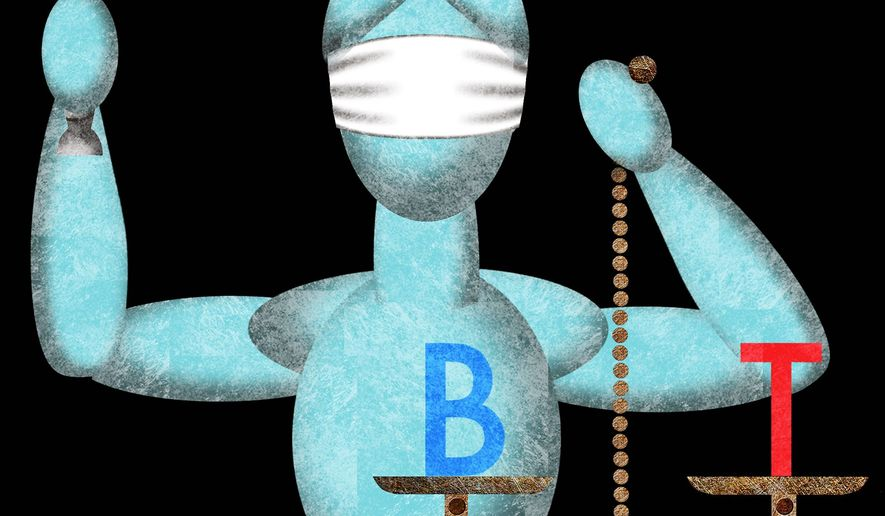 Last week, helped along by actions from both sides of the aisle, the republic crept a little closer to the precipice.

On Wednesday, Hunter Biden, the son of presumptive President-elect Joseph R. Biden, issued a statement through Mr. Biden‘s transition team (which is most unusual) that he had recently become aware that the Department of Justice had been investigating him for some time for tax issues.

That statement was not quite complete or accurate, as it also turns out that the main Justice Department, as well as the Southern District of New York and the U.S. attorney in Delaware, had, in various configurations, been investigating Mr. Biden since 2018 for money laundering, tax issues and foreign activities (almost certainly involving dealings in China).

Unfortunately for all of us, the Justice Department, consistent with its practice but inconsistent with the absolute necessity for transparency in an election year, had failed to mention the investigation to the public. No one at Justice not even Attorney General William Barr — thought the investigation would be material to the voters’ understanding of who the Bidens are and how they operate.

By failing to disclose the investigation, Justice made a decision that was, without a doubt, material to the election and perhaps dispositively helpful to Mr. Biden.

For those whose confidence in the federal government and its processes is already impaired, having the Justice Department make an in-kind contribution to any presidential campaign — and make no mistake, that’s what happened — is not going to make you feel better.

The other thing that happened last week was that 17 attorneys general (and, inexplicably, more than 100 members of Congress) joined the lawsuit initiated by Texas against four sister states — Georgia, Pennsylvania, Wisconsin and Michigan — seeking to overturn those states’ election results.

The presence of Texas can be explained. Its attorney general has issues with federal law enforcement, and, consequently, he would like to change the channel, distract the crowd and tee up a presidential pardon.

The other states? One can only conclude that they are incapable of second-order thought.

Fortunately, the Supreme Court refused to hear the request. But what would happen if the federal government, either the Supreme Court or Congress, did void the elections in Wisconsin, Georgia, Pennsylvania and Michigan?

It seems likely that, after a short period of violence and uncertainty, the nation would pull apart into groups of competing states.

Even if the nation somehow survived the federal government deciding to prefer the election results of some states rather than others, the person inaugurated president would be unable to rule. His rule would be illegitimate.

In other words, victory in the Supreme Court would lead, by a short road, to either dismemberment of the union, or to four years of illegitimate and unhappy rule, followed almost certainly by a catastrophic election for the ruling party.

Both the Department of Justice‘s failure to alert voters to potential criminal activity in Mr. Biden‘s family, as well as the dangerous and thoughtless Texas lawsuit sent to the Supreme Court are the products of decisions that are and were, at best, careless. At worst, they are intentionally destructive to the republic.

Fortunately, the Justice Department will now get to the truth of Hunter Biden‘s activities in plain sight of the citizenry, and the Supreme Court took a hard pass on upending the country.

No telling how long our luck will hold, though.

Posted by theodore miraldi at 11:04 AM