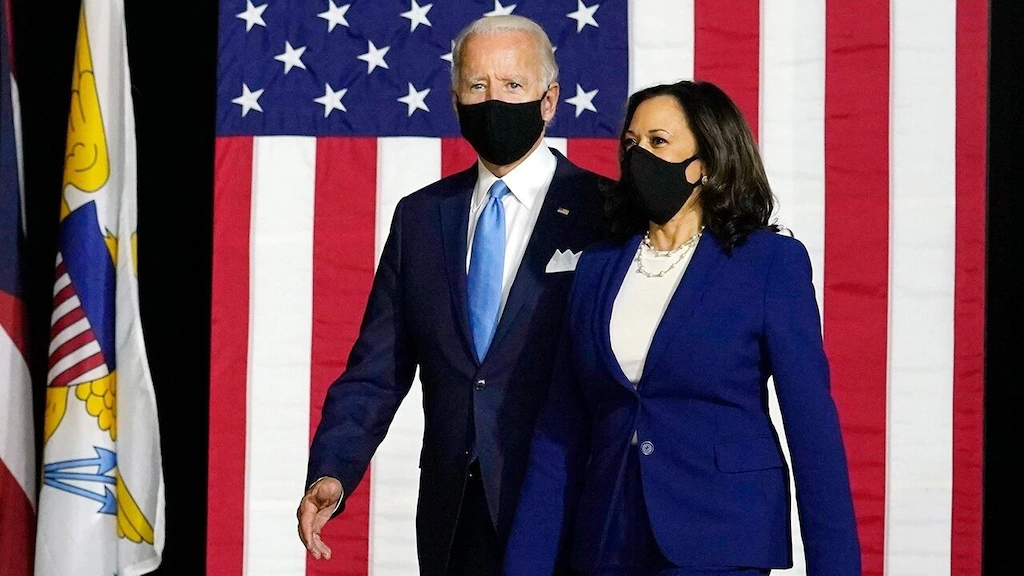 Joe Biden will be our next president. But he will face Nemesis in a way that few other presidents have ever encountered the cruel Greek god. Biden’s hubris and that of the left-wing media-Democratic Party fusion almost guarantee such divine retribution.

Once the last of the other Democratic primary candidates dropped out and Biden was nominated, all prior negative media stories about his alleged cognitive decline and his family’s financial entanglements disappeared.

From April 2020 on, a virtual news blackout surrounded Biden. His rare interviews were scripted. Biden communiques were teleprompted. Press conferences were either nonexistent or revolved around his favorite milkshake or his socks.

JONATHAN TURLEY: JOE BIDEN DODGES QUESTIONS ON HUNTER BY RIDICULING REPORTERS. BUT WHY TALK ABOUT PONIES?

Mentions of Hunter Biden’s business dealings in China and Ukraine were taboo. It was sinful to reference reports of a Hunter Biden email allegedly detailing a 10% distribution of such revenue to the "Big Guy" — presumably Joe Biden.

Unlike Donald Trump, Joe Biden never really campaigned. After the primaries, he outsourced his fall 2020 campaign to subordinates and pet journalists to attack Trump.

So is Biden the centrist old Joe from Scranton, or the recently reinvented hard-left running mate of Kamala Harris? Both or neither? Will he keep the booming pre-COVID-19 Trump economy to claim as his own? Or will he go full socialist to apply a Bernie Sanders-style makeover to it?

A President Biden cannot avoid the press forever. He will soon face unscripted meetings with foreign leaders. He will have to meet dozens of movers and shakers each week. Is he or the nation prepared for the consequences of his return to normality after nearly a year of media fawning and forced isolation?

To win, the Democrats knowingly drafted the 77-year old Biden (who has since turned 78) to put a familiar veneer on radical agendas that had frightened primary voters. At times, Democrats seemed fated to be directly tied to the statue toppling, protesting, rioting and violence that plagued American cities for much of the summer.

Given the Democrats’ Faustian bargain with their leftmost faction, destructive rumors about Biden’s faculties or his family’s financial escapades will more likely come from his own party’s left wing, eager for a Harris presidency, rather than from the Republican opposition.

Biden will enter office with an ethical cloud hanging over his head — one that could have been vetted and adjudicated rather than blacked out for most of this year. His son, brother and perhaps family associates may talk if faced with FBI and IRS probes, if not a special counsel investigation.

It will not help Biden that to defeat Trump, many of our institutions were deformed. Special counsels usually never receive a blank check — 22 months and $32 million — to assemble a team of partisans to investigate a new president on mostly hearsay evidence and an opposition-concocted dossier.

But that precedent ended with the ill-conceived Robert Mueller investigation. By spring, Biden could have done to him what was done to Trump — and what Biden himself so frequently cheered on.

Nor do we impeach presidents often, especially knowing that the Senate will acquit them when there is no alleged crime as outlined in the Constitution. That bar is also gone.

Should the Republicans hold the Senate and take the House in 2022, they could do what the Democrats did in 2020. But if they were to impeach Biden as a possible beneficiary of his family’s foreign influence-peddling, a Republican-controlled Senate might not so easily acquit him.

Half the nation will take some time to forget all that. The repair of warped protocols will take longer, given that the left forgot the ancient Thucydidean warning to us not to destroy the very institutions whose protections one day we may need.

Biden should hope that a rogue FBI does not conduct freelance investigations of him the way it did regarding Trump. Let Biden pray there is not a partisan medical community to diagnose him as impaired and suited for 25th Amendment removal, as was the case with Trump.

Biden should hope that if Republicans hold the Senate in January, they do not mimic the Democratic habit of voting against nearly every Trump nominee. If they were to do that as a majority party in both chambers of Congress, Biden would have trouble confirming even a single judge.

So let us celebrate Biden’s call to unity.

But Biden should hope that the opposition will not do to him and his party what the Democrats did so bitterly to Trump.

Posted by theodore miraldi at 12:02 PM