Liberals Sell RAMSHACKLE House of Cards and Market it as 'RENOVATED' 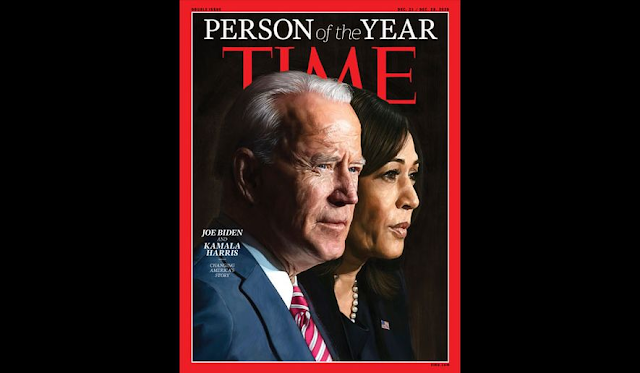 Time magazine. A throwback to when newsweeklies mattered. Now when it’s mentioned, the first thought is, “is that still around?” Published first in 1923, it was America’s first weekly news magazine. Now owned by a liberal billionaire and Hillary Clinton backer, it reflects the single-minded liberal collective attitude which continues to destroy legacy media.

The most recent example is the announcement of the magazine’s previously vaunted “Person of the Year.”

In a year when there is little to unite Americans, we all can agree the extraordinary work of our frontline medical personnel during this year of pandemic has been a unifying force, and would be the natural choice to recognize at the end of the year.

It was an inexplicable choice considering what the nation has been through. Time decided to throw over those who risk their lives every day to treat those suffering from a new and frightening virus and instead honored a man who hid in his basement the entire time. Alongside him is a woman who, during the primary campaign, made clear that she “believed” the multitude of women who accused Mr. Biden of inappropriate touching and behavior.

This matters not because it highlights the well-known idiotic single note of liberals — their political narrative. They remain unable to actually contemplate and consider what’s happening in real life beyond their own vapid, predictable and failed agenda, but because it reminds us of the fact that there is no ethical constant for liberals or foundation of consistent values. Everything and everyone is transactional. If you serve no purpose furthering the Democrats’ power, which has to be achieved through malevolent means, then you are nothing to them from the start.

Another apparently useful, now inconvenient, narrative, was the #MeToo movement. After Hillary Clinton’s defeat in 2016 many people in Hollywood who had relied on the protection of the Democratic Party, suddenly were vulnerable to reality. Harvey Weinstein being the first major democratic donor and activist to finally face justice after years of sexually abusing women.

And yet, #MeToo became inconvenient and tiring when the swamp chose its Trojan Horse of Joe Biden, and multiple women came forward and accused him of inappropriate treatment, including unwanted sexual touching, and one woman, Tara Reade, credibly accused him of sexual assault, of which he has denied.

When asked about this when she was running for president, Ms. Harris said she “believed” Mr. Biden’s accusers. Except for Ms. Reade. When Ms. Harris was in line for the VP slot, she decided to believe Mr. Biden instead.

And now here she is on the cover of Time magazine with a man credibly accused, and there is not a peep from the liberal establishment about the rank obscenity of the message sent to every woman who believed that the Democrats were serious when they said women mattered.

In April, Politico reminded us, “Harris later told reporters that after the Kavanaugh hearings, her ‘biggest fear is that there will be a group of people who retreat, right? That’s my biggest fear, that there will be people who will decide that if they speak out it doesn’t matter, and will feel deflated by what happened in a way that causes them to recede.’ Earlier this month, however, Harris stuck with Biden.”

Now, the Democrats and their media enforcers want you to believe that only one woman matters, that being Kamala Harris arguably for retreating and ‘sticking’ with Mr. Biden. Her behavior places an entirely new meaning on the phrase “me too” when it comes to ambition and thinking only of oneself.

Many Americans, Democrats included, are sitting in some disbelief that a man who had been part of the political problem for 50 years, exhibiting both racial and sexist ignorance and hostility, has somehow ascended into the White House during this time of demands for reformation.

Also perplexing is a woman to be one heartbeat, or resignation, away from the presidency who couldn’t even muster enough support to stay in the arena. Just prior to her dropping out of the presidential race in December 2019 The New York Times coverage was titled, “How Kamala Harris’s Campaign Unraveled. Ms. Harris is the only 2020 Democrat who has fallen hard out of the top tier of candidates. She has proved to be an uneven campaigner who changes her message and tactics to little effect and has a staff torn into factions.”

But don’t lament! This pair of side show carnies are now ‘Person of the Year’ according to Time. You have to hand it to liberals. This is exactly the kind of thing you do when you’re selling a ramshackle house of cards but marketing it as a renovated historic mansion — you must get the best fake front and prop it up as often, and as ridiculously, as possible.