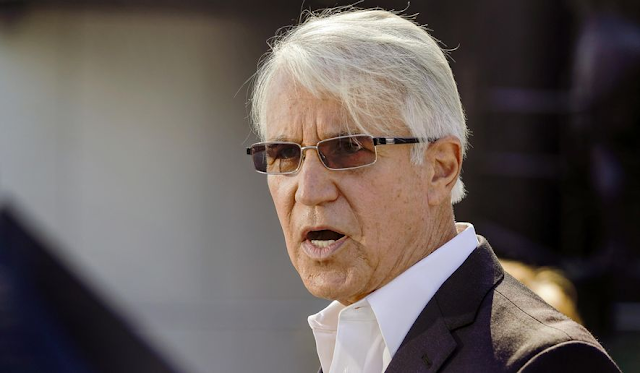 The 2020 general election is obviously going to have repercussions for years. And I’m not speaking just of the presidential race, but due to the apparent awakening of many in deep blue areas, like California. In many parts of that state, blue seats flipped to red, signaling a rejection of what the Democrats were doing to those communities and nationwide.

But there’s another story from California, one that is not so inspiring.

The newly elected Los Angeles district attorney, George Gascon, has issued a “Special Directive” to county prosecutors that “misdemeanor charges specified … shall be declined or dismissed before arraignment and without conditions unless ‘exceptions’ or ‘factors for consideration’ exist.”

The list of crimes on this list that will not be prosecuted are trespass, disturbing the peace, driving without a license, criminal threats, drug and paraphernalia possession, minor with alcohol, drinking in public, under the influence of a controlled substance, public intoxication, loitering, loitering to commit prostitution, resisting arrest.

What are the exceptions? In various instances, if someone *is not* homeless, or not on drugs (I’m sorry, he uses the phrase “substance use disorder,”) or is not mentally ill.

When police know that a crime is not going to be prosecuted, they are understandably less inclined to arrest that person. And when your local leadership doesn’t have your back as the “defund the police” mentality infuses city leadership, why would an officer put him or herself at risk?

Consider, too, the impact on private property. If there is a mentally unstable bum screaming obscenities at you and passersby, while drinking from one of those tiny vodka bottles, and is living on your property, none of that will be cause for arrest and removal. If they are arrested, they will not be charged, and even if they are, they will be released because of the new No Bail policy Mr. Gascon has also pledged to implement.

It doesn’t end there. The Special Directive also notes, “These charges do not constitute an exhaustive list. Each deputy district attorney is encouraged to exercise his or her discretion in identifying a charge falling within the spirit of this policy directive and proceed in accordance with its mandate.”

The Los Angeles Times reports, “[Gascon’s] focus on reducing incarceration rates could meet resistance at a time when violent crime is surging in the city. The city has recorded more than 300 homicides for the first time in over a decade this year, and shootings are up more than 30% compared with 2019, according to L.A. Police Department records. ‘The new D.A. talks a good game, but his plans will do nothing but further victimize Los Angeles residents,’ [reads] a statement from the Los Angeles Police Protective League …”

It’s one thing to stop arresting people, and another to release them from jail. But that’s part of the plan as well. “The district attorney’s office, he said, will also review “thousands” of cases in which defendants in L.A. County were sentenced under the enhancement rules — a move that could lead to prisoners having their sentences reduced or, in some cases, being released,” reported the Times.

The enhancement rules they speak of? Gang members and those with prior felony convictions. For some reason, Mr. Gascon thinks those specific people deserve to be back out on the street. Additionally, as NPR reports, “The district attorney’s office will also no longer seek the death penalty in Los Angeles County and current cases with a judgment of death will be reviewed, with the ultimate goal of getting the capital punishment removed.”

I asked Johnny Phillips, a native Los Angeleno and afternoon host at KABC Radio, what he thought about Mr. Gascon‘s plan to retreat from law enforcement. He told me, “California politicians used to compete with each other as to who was more tough on crime. George Soros’ puppet candidate George Gascon has turned that on its head. The only way I can see anyone getting the death penalty in LA under Gascon, is if they’re caught using a plastic straw. Goodbye family values, hello Manson family values.”

Mr. Phillips is not guessing. The Wall Street Journal has updated us on the condition of blue cities where hostility toward the police is embraced by city leadership, where there has been mass release of convicts in the name of COVID-19, and disastrous no bail policies. The picture is not a good one. In “Shootings in New York City Nearly Double as Arrests for Serious Crimes Fall,” they report:

• Shootings have nearly doubled in NYC since last year. From Jan 1. through Sunday, the city has recorded 1,359 shootings, an increase of nearly 95% from the 698 in the same period last year, according to NYPD data. The number of shooting victims rose to 1,667 from 828. However, arrests for major crimes have fallen by 13%.

With essentially decriminalizing a slew of crimes and eliminating bail requirements, Mr. Gascon is creating a crime soup that will further make living in Los Angeles a genuine hellscape where no one wins, crime rises, tourism suffers, lives are destroyed and businesses fail. We’ve seen the results in great American cities where so-called progressives tell citizens policing is racist, business owners are tyrants, and the successful are thieves.

MS-13, other gang members, various malcontents and criminals will enjoy the greenlight they’ve received for the mayhem and destruction they revel in. All at the expense of law-abiding citizens while horrifically disguised as “social justice.”