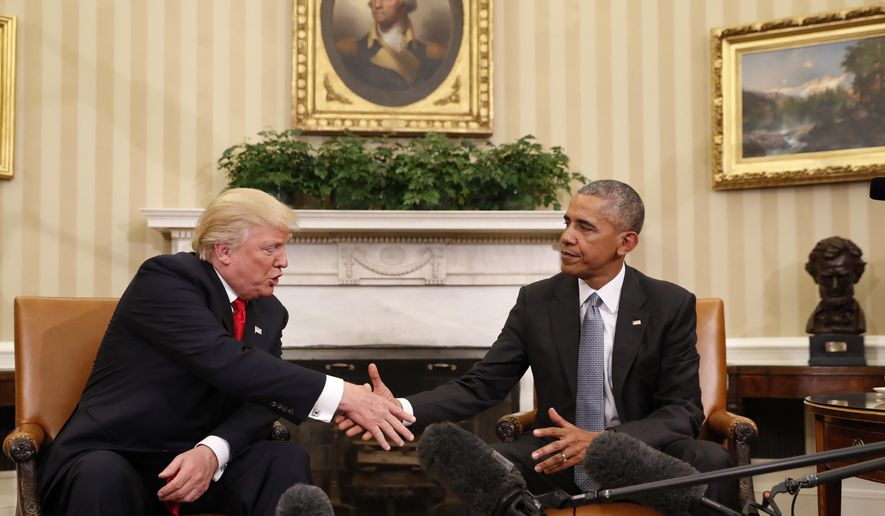 President Obama is attributing the success President Trump had winning over Black rappers and Black voters in the election in part to the allure of the Republican’s “tough” guy image and “stereotypical macho style.”

Mr. Obama said men of all races are susceptible to that sort of figure, and said pop culture has glorified the values of “wealth, power, frankly, greed and not thinking about other people because you’re so ruthless that you’re just looking out for yourself.”

“If there are some in the hip-hop community who are constantly rapping about bling and depicting women in a certain way, and then they hear Donald Trump basically delivering the same version of it, they might say, ‘Yeah, that guy, that’s what I want. That’s what I want to be,’ ” Mr. Obama said on Snapchat’s “Good Luck America.” “All of which is to say the Black community, like every community, is complicated.”

Mr. Obama said he learned during his two terms in the White House that the country and voters are far more complicated than the media make them out to be and urged progressive Democrats to spend more time talking to people in their communities.

“Those of us who are progressive, who think, for example, that women should be treated with respect and dignity, or wealth isn’t the measure of worth, we should have a more equitable society, we can’t take for granted any group,” he said. “We can’t generalize and just assume, well, we got Black folks in our pockets. or we’ve got Hispanics locked up. And for that matter, we shouldn’t assume that we can’t win White men.”

Posted by theodore miraldi at 12:01 PM