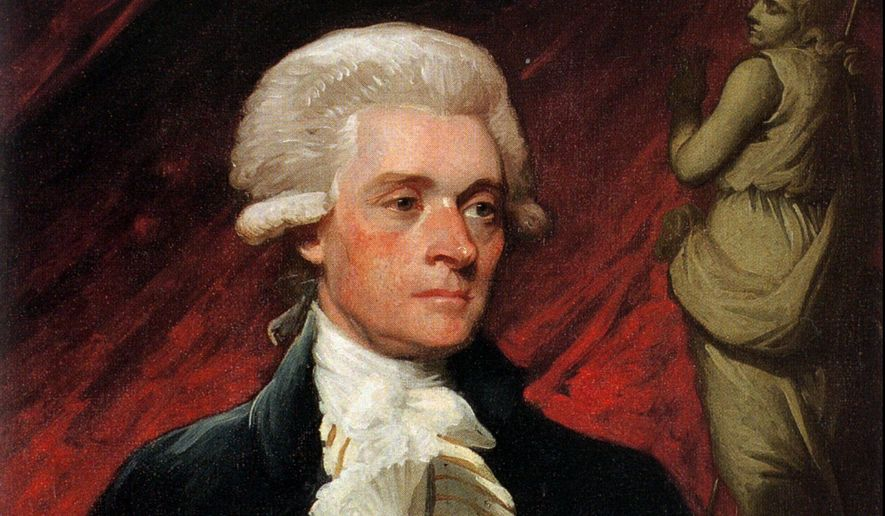 This past week a group defining themselves as Secular Democrats of America submitted a 28-page letter to Kamala Harris and Joe Biden calling on them to expunge religion from all sectors of American public life and to “re-educate” Christian Americans that they should keep their “religious dogma” to themselves.

In their document, titled “Restoring Constitutional Secularism and Patriotic Pluralism in the White House,” congressional Democrats Jamie Raskin of Maryland, Jared Huffman of California and Jerry McNerney of California bemoan life under the Trump administration:

“[Government] decisions should be guided by science and evidence … We believe that now is the right time to make a case for reviving a Jeffersonian approach to governance that favors reason … and to disentangle government policy from the influence of … religious interests that have become dangerously entrenched at all levels of government.”

Well, seeing as Reps. Raskin, Huffman and McNerney are so interested in “reviving” our second president’s “approach to governance,” perhaps they’d do well to actually read some of Jefferson’s words before they presume to spout off bromides of their own.

In 1798, Jefferson wrote the Kentucky Resolution declaring, “[N]o power over the freedom of religion … [is] delegated to the United States by the Constitution.”

In 1805, he stated that “In matters of religion …, its free exercise is placed by the Constitution independent of the powers of the [federal] government.”

In 1808, Jefferson penned a letter to the Methodist Episcopal Church promising, “Our excellent Constitution … has not placed our religious rights under the power of any public functionary.” In that same year, Jefferson said to Samuel Millar, “[We] consider the government of the United States as [prohibited] by the Constitution from intermeddling with religious institutions … or exercises.”

As governor of Virginia, Jefferson introduced bills punishing “disturbers of religious worship” and annulling marriages prohibited by “Levitical law.” And just in case our cute little secular Democrats don’t understand what that means, the chief architect of the Declaration defined it quite clearly as any marital union that was “contrary to that … cohabitation of a man and wife.”

As president, Jefferson declared, “No nation has ever yet existed or been governed without religion — nor can be. The Christian religion is the best religion that has been given to man, and I, as Chief Magistrate of this nation am bound to give it sanction …”

In his second inaugural address, Jefferson stated, “I shall need … the favor of that Being in whose hands we are, who led our fathers, as Israel of old, from their native land and planted them in a country flowing with all the necessities and comforts of life: Who has covered our infancy with His providence and our riper years with His wisdom … and to whose goodness I ask you to join in supplications … that He will enlighten [our] minds [and] guide [our] councils …”

Yes, it is true that in 1802, the newly elected president of the United States of America wrote of what he called a “wall of separation” between Church and State. But here is a bit of “science,” “reason” and “evidence” that appears to have escaped the notice of our good congressmen. Jefferson’s intent in using this metaphor was crystal clear. He was reassuring a group of concerned conservative Christians from Connecticut that the First Amendment of the U.S. Constitution provided them with full and unmitigated protection against any government imposition upon their private or public religious practice.

In his letter to the Danbury Baptists, Jefferson made it clear that “religion is a matter which lies solely between a man and his God,” and just to be sure there was no confusion, he doubled down and concluded, “I contemplate with sovereign reverence that … [your] legislature should make no law … prohibiting the free exercise [of religion].” He then added punctuation by promising that the federal government was prohibited by the Laws of Nature and Nature’s God from intruding into its citizens’ religious lives.

So, Reps. Raskin, Huffman and McNerney, those of us among the science-denying religious rubes on the “Christian right,” agree with you. We think it is a wonderful idea to “revive a Jeffersonian approach to governance” that favors “reason and evidence.” And, maybe we could start with that bit about how “our excellent Constitution … has not placed our religious rights under the power of ANY (emphasis mine) public functionar[ies]” such as those of you who have apparently forgotten how to read.

Posted by theodore miraldi at 1:23 PM