'Our job is to make sure the Constitution is followed and that every vote counts,' Paxton tells 'Hannity' 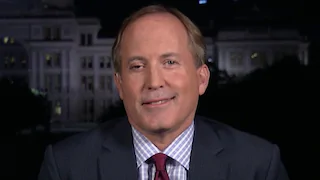 Election integrity comes down to abiding by the Constitution and Texas Attorney General Ken Paxton told Fox News’ “Hannity” Tuesday that he intends to defend it.

The attorney general filed an election integrity lawsuit against four U.S. states -- Georgia, Michigan, Pennsylvania and Wisconsin -- at the Supreme Court, with the states having until Thursday to respond.

Paxton explained the suit arose from the recognition that other states and their election management have a direct impact on his own.

“If other states don’t follow the Constitution and if their state legislature isn’t responsible for overseeing their elections ... it affects my state,” he said. “Our job is to make sure the Constitution is followed and that every vote counts. And in this case, I’m not sure every vote was counted. Not in the right way.”

Paxton’s case stands on the grounds of Article II of the Constitution, which mandates state legislatures have the sole authority to manage and change election processes -- a clause he aims to prove was ignored during the 2020 election.

“It is the responsibility of state legislatures, per the Constitution to set the rules for the election of electors,” he explained. “And in this case, those were overridden, in the four states we’re talking about ... by other officials.

“That’s not the way our Constitution works and that’s the challenge we have in front of the court,” he added. “Can this be overridden by people who are not responsible under the Constitution for doing this?”

Paxton added that he hoped the Supreme Court would be willing to carry out their duty and recognize the validity of his case.

“Part of the genius of what the founders put in place is making sure that everybody in a state was at least treated the same,” he said. “In this case ... we have county by county distinctions that treated voters differently and we, therefore, have unreliable results."

Posted by theodore miraldi at 12:00 AM