“This Decision Establishes a Precedent That Says States Can Violate the U.S. Constitution and Not Be Held Accountable,” West claimed 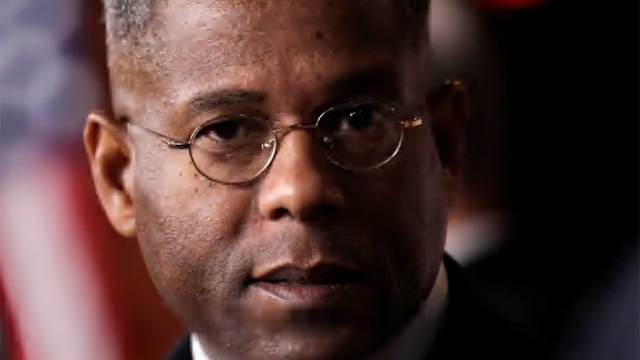 The leader of the Republican Party in Texas suggested Friday that “law-abiding states” might want to form their own "union," after the U.S. Supreme Court rejected the Lone Star State’s lawsuit over the 2020 presidential election, according to reports.

Texas asserted it had a right “to demand that all other States abide by the constitutionally set rules in appointing presidential electors to the electoral college.” It claimed that other states suffered whenever one state “violates federal law to affect the outcome of a presidential election."

But the court dismissed the case based on that issue, according to The Associated Press. It said that Texas “has not demonstrated a judicially cognizable interest in the manner in which another State conducts its elections.”

After the ruling, Allen West, a former Florida congressman who has headed the Texas GOP since July, issued a response.

“The Supreme Court, in tossing the Texas lawsuit that was joined by seventeen states and 106 US congressman, [has] decreed that a state can take unconstitutional actions and violate its own election law -- resulting in damaging effects on other states that abide by the law, while the guilty state suffers no consequences,” West wrote, according to KTVT-TV of Dallas-Fort Worth.

“This decision establishes a precedent that says states can violate the U.S. Constitution and not be held accountable,” West continued. “This decision will have far-reaching ramifications for the future of our constitutional republic.

'TEXIT' TEST: TEXAS LAWMAKER FLOATS REFERENDUM TO SECEDE FROM US

“Perhaps law-abiding states should bond together and form a Union of states that will abide by the Constitution,” he added.

West’s proposal echoed a similar sentiment expressed earlier in the week by Texas state Rep. Kyle Biedermann, R-Fredericksburg, who called for a referendum that would allow voters to decide if Texas should break off from the U.S.

“The federal government is out of control and does not represent the values of Texans. That is why I am committing to file legislation this session that will allow a referendum to give Texans a vote for the State of Texas to reassert its status as an independent nation,” Biedermann said in a statement.

In addition, radio host Rush Limbaugh this week also stated that perhaps a fissure in the U.S. was inevitable, given the chronic disagreements between conservatives and liberals.

“I actually think — and I’ve referenced this, I’ve alluded to this a couple of times because I’ve seen others allude to this — I actually think that we’re trending toward secession,” Limbaugh said on his show Wednesday, according to MediaMatters.org.

“It can’t go on this way," he continued. "There cannot be a peaceful coexistence of two completely different theories of life, theories of government, theories of how we manage our affairs. We can’t be in this dire a conflict without something giving somewhere along the way.”

The Trump administration, meanwhile, didn’t appear ready to give up its fight to have its claims of voter fraud recognized in a court of law.

"The people of this country are entitled to a hearing on this," he said. "They should have at least given us a hearing so that we can present our facts and not just pushed it off to the side so no one would ever get to hear these facts."

The Associated Press contributed to this story.

Posted by theodore miraldi at 11:39 AM