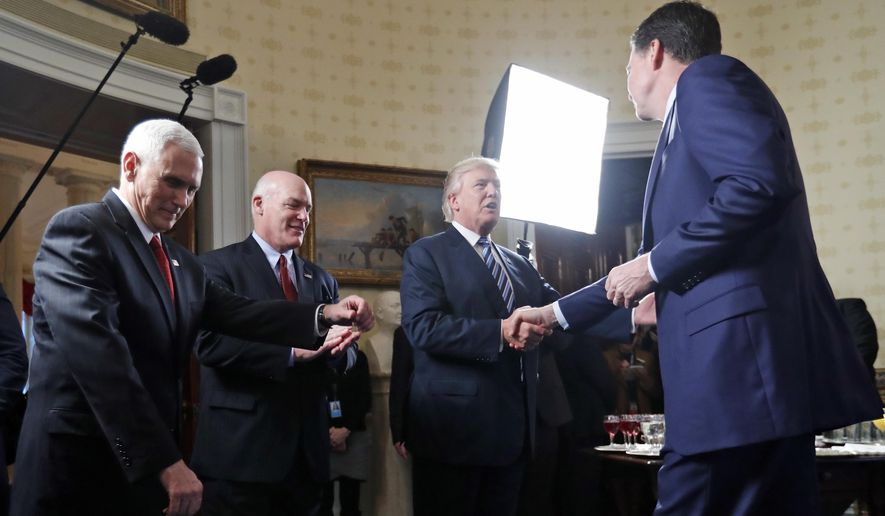 President Trump has authorized U.S. Attorney John Durham to present classified information to a grand jury as part of his investigation into the early stages of the FBI’s Russia-collusion probe, an unusual power that will help him make a stronger case if he pursues indictments.

In a memo signed Friday, but released this week, Mr. Trump conferred the power to access classified information to Attorney General William P. Barr, which transfers that power by extension to Mr. Durham.

“The Attorney General is authorized to use classified information as he deems necessary in connection with his review, including grand jury or other proceeding,” Mr. Trump wrote.

Justice Department rules ban presenting classified information to grand jurors who don’t have a security clearance unless it receives approval from the intelligence agency responsible for classifying the information.

Mr. Trump’s order grants Mr. Durham greater freedom to use that material if he impanels a grand jury. Although, it is not clear if the memorandum is a signal that Mr. Durham is close to or has already convened a grand jury.

The order supplements a May 2019 order from Mr. Trump authorizing the attorney general to unilaterally declassify documents and ordering the CIA and other intelligence agencies to cooperate with Mr. Durham’s probe.

In October, Mr. Barr promoted Mr. Durham to special counsel in addition to his duties as the U.S. Attorney for Connecticut, protecting his work into the Biden administration.

The president and his allies had high hopes that the Durham investigation would uncover widespread corruption by Obama-era officials, but repeated delays due to the deadly coronavirus pandemic and bureaucratic snafus pushed the investigation into 2021.