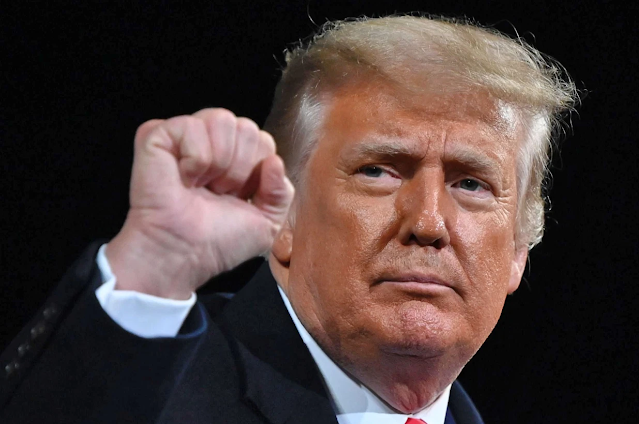 The Trump campaign on Sunday asked the US Supreme Court to reverse three decisions by the Pennsylvania Supreme Court, claiming there is a “likelihood” they violate the Constitution and urging the high court to act expeditiously because the presidency “hangs in the balance.”

“This petition … has national importance, and there is a strong likelihood that the State Supreme Court decision violates the Federal Constitution,” read a statement, signed by Rudy Giuliani, President Trump’s personal lawyer.

The petition seeks remedies, “including vacating the appointment of electors committed to Joseph Biden and allowing the Pennsylvania General Assembly to select their replacements,” the statement said.

The three Pennsylvania decisions involve signatures on mail-in and absentee ballots and the campaign’s ability to observe vote counting at the Philadelphia Convention Center.

The decisions of the court “likely changed the result in Pennsylvania and, potentially, the outcome of the overall Presidential election,” the statement argues.

“The outcome of the election for the Presidency of the United States hangs in the balance because the selection of presidential electors is governed by the Constitution and congressional enactment, in addition to state law enacted by the Legislature.”

The Trump campaign has filed scores of lawsuits in the swing states of Pennsylvania, Michigan, Wisconsin and Georgia seeking to overturn the election results, alleging they were rife with fraud and deprived him of a second term.

The majority of those suits were quickly tossed by judges who said Trump’s legal team did not show concrete evidence of fraud to back up their allegations.

The US Supreme Court on Dec. 8 rejected a suit brought by GOP Rep. Mike Kelly of Pennsylvania, arguing that the authorizing of mail-in ballots was unconstitutional and urged the court to toss all of the state’s 2.5 million mail-in votes.

“The application for injunctive relief presented to Justice Alito and by him referred to the Court is denied,” the court said in a one sentence ruling.

Earlier this month, the US Supreme Court threw out a lawsuit brought by Texas Attorney General Ken Paxton, contesting the results in four battleground states.

The high court denied Texas because it lacked standing.

“Texas has not demonstrated a judicially cognizable interest in the manner in which another State conducts its elections,” the court’s order said.

Trump won the Keystone State in 2016.

The Electoral College certified Biden the winner of the 2020 presidential election on Dec. 14 after he won 306 electoral votes to Trump’s 232.

Posted by theodore miraldi at 5:47 PM