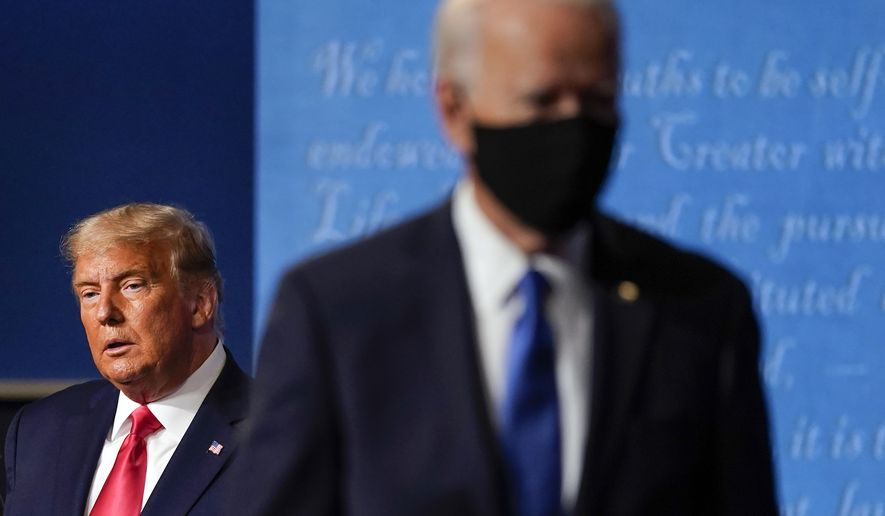 President Trump said Joseph R. Biden would be an “illegitimate president,” saying that is more important than worries about election fraud lawsuits dividing the country.

In an interview aired Sunday on Fox News, Mr. Trump said election challenges by his campaign and his Republican allies are not over despite a string of courtroom losses.

“I worry about the country having an illegitimate president, that’s what I worry about,” he said. “A president that lost and lost badly. This wasn’t like a close election. You look at Georgia. We won Georgia big. We won Pennsylvania big. We won Wisconsin big. We won it big.”

The results Mr. Trump disputes in those key states show him losing to Mr. Biden, who is presumed to be affirmed as the president-elect when the Electoral College votes Monday.

His quest to overturn the results suffered a major setback when the Supreme Court rejected a Texas lawsuit challenging the election results in four states. The justices rejected the case on procedural grounds, however, and did not address Texas’ claims of election misconduct in Georgia, Michigan, Pennsylvania and Wisconsin.

Mr. Trump said the Supreme Court lacked the “courage” to hear the challenge by Texas.

The court said Texas hadn’t “demonstrated a judicially cognizable interest in the manner in which another State conducts its elections.”

Trump lawyer Rudolph W. Giuliani has said he will take the case to a lower court, hoping to get a hearing on the merits. Texas claimed that the four states violated the Constitution by expanding mail-in balloting without approval by their legislatures.

Posted by theodore miraldi at 10:03 AM