The only inadvertent benefit of Brennan's airtime is that it exposes how unmoored our ruling class is from the public it is supposed to serve. 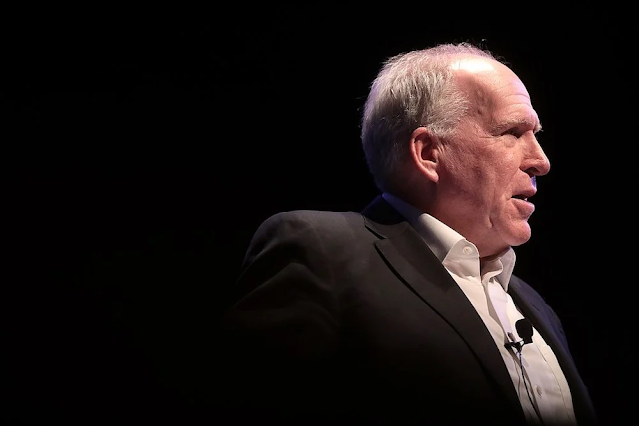 One must ask: Why does corporate media continue to give someone who has proved to be a uniquely deceptive character, whose most noteworthy activity since leaving government has been spewing invective against the president on Twitter, valuable airtime?

In his latest public display of dishonesty, Brennan took to “Fox News Sunday” to repeat untruths regarding the Obama administration’s actions regarding then-president-elect Donald Trump and Russia. According to Brennan, “There was no spying on Donald Trump’s campaign.” There was. Of the Steele dossier, Brennan said it “was not used in any way to undergird the judgments that came out of the intelligence community assessment about the Russian actions in the 2016 election.” It was.

Brennan’s whoppers, however, are not limited to Russiagate. Brennan might have perjured himself when, in May 2017, as in his latest Fox hit, he delinked the Steele dossier from the intelligence community assessment in congressional testimony.

In March 2014, Brennan lied to Congress when he denied allegations from then-Senate Intelligence Committee Chairwoman Dianne Feinstein that CIA officials had hacked the computers of Senate Intelligence Committee staffers while they were assembling their report on the CIA’s Detention and Interrogation Program. In June 2011, then-chief counterterrorism adviser Brennan lied when he denied that there had “been a single collateral death” as a consequence of the CIA’s drone program.

As critics, particularly on the left, have chronicled, Brennan’s record of deceit is long. He also appears to have embellished details about the Osama bin Laden raid, shown himself to be hypocritical in leaking while denouncing the practice, and at best laughably politically correct in stating that the CIA does not “steal secrets. We uncover. We discover. We reveal. We obtain. We solicit — all of that.” If the CIA does not “steal secrets,” we might be in even more trouble as a nation than even the most pessimistic of us could have imagined.


What Brennan has said about Trump, that he is “lying routinely to the American people without compunction, intentionally fueling divisions in our country and actively working to degrade the imperfect but critical institutions that serve us,” would seem to be in many ways the ultimate projection when one considers Brennan’s dishonesty, vitriol, and continued support of Russiagate.

All of this is to say, Brennan has shown himself to be utterly lacking in credibility before even digging into the disastrous Obama administration record, Russiagate aside, and his support of its most dubious elements.

The Media Doesn’t Care About the Truth

So why should the former CIA director be presented as an authority figure worthy of opining on important matters? What value does his commentary provide viewers? Is it not irresponsible to give a platform to a guest who shows such little regard for the truth and effectively for the American people whose trust he so damaged while in government? Are we to believe members of corporate media are ignorant of this record, or do they just not care?

Candor is apparently not a prerequisite for garnering media coverage and, in fact, might deter it. Employees of media outlets might believe that interviews with policymakers and ex-officials ought to be about reinforcing the biases of their viewers, rather than informing them by illuminating the truth.

They might also think the more controversial a guest’s positions — regardless of that guest’s record of veracity — the better. In the case of Brennan and other ex-officials, including many of his former colleagues who became TV stars during the Trump era, what seems to matter most to corporate media is using those officials’ credentials to bolster positions held uniformly across the ruling class.

Brennan’s newsworthy lies regarding Trump and Russia, for example, are just two of the many that persist at the heart of the collusion narrative that he, fellow Obama administration national security and law enforcement officials, and their media mouthpieces have pushed on the country over the last four years as part of an information operation. That operation was essential to toppling the ruling class’s greatest stumbling block, President Trump, who threatened its globalist gravy train, particularly with respect to Communist China.

The Media Loves the Ruling Class

In its willingness to continue trotting out Brennan, leftist media has proved it is no adversary of the powerful. It is an instrument of it. This media does not speak truth to power. It gives the powerful an avenue to speak its “truth.” It is not enough to say it has been captured by the ruling class, with which it works hand in hand for mutual ends, ideological and otherwise. In fact, the media is its de facto communications arm. The public loses immensely as a consequence of this relationship.

The only inadvertent benefit of Brennan’s airtime is that it exposes how unmoored our ruling class is from the public it is supposed to serve. It shows, in all its ignominy, how unmoored both the media and the purported leaders of our most vital governmental institutions have become from their public missions.

The most revealing line, overlooked in reporting on Brennan’s latest interview, is his statement that he is “very comfortable with how the intelligence community came out on that 2016 election.” This is among the most truthful things Brennan has ever said. For the ruling class and their friends in the media, what matters is the ruling class.