Agree with Liberals, or You're RACIST, XENOPHOBIC and Dangerous 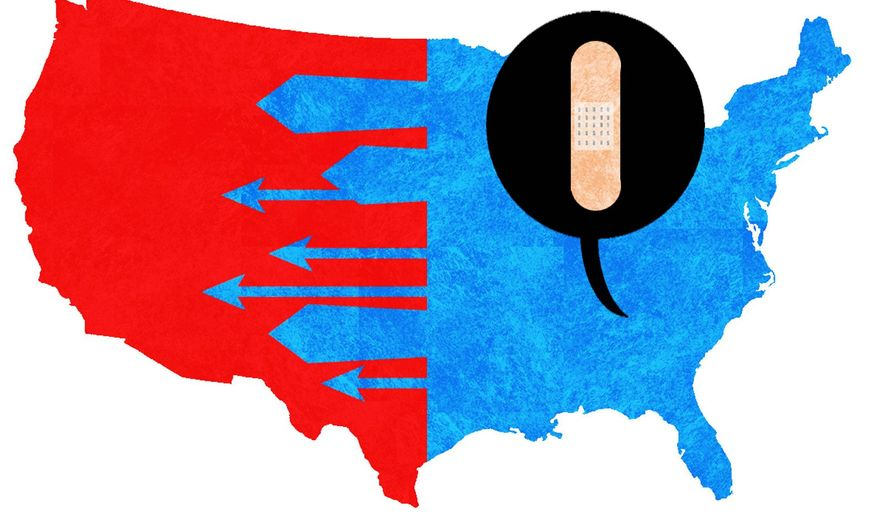 OK, with the “unity” and “healing” rhetoric behind us as we enter the Biden/Harris years, backed by 25,000 troops, we can get back to the business at hand.

After Mr. Biden’s soothing words, his administration took a scorched-earth approach on its very first day. He signed executive orders reversing many positive Trump policies, including controlling the border, achieving energy independence, limiting travel from terror-prone nations, protecting unborn children, keeping biological males out of females’ bathrooms, locker rooms and sports, and assembling the 1776 Commission, which was countering lies about America spread by the malign 1619 Project.

All gone with the stroke of a pen, as Barack Obama liked to say. This is unity, Democrat-style.

In his inaugural speech, Mr. Biden said, “We must end this uncivil war that pits red against blue. Or rural versus urban, conservative versus liberal.”  Note the order. It suggests that red, rural and conservative are waging war on blue, urban and liberal, when it’s the other way around.

He also summed up current conflicts as “a constant struggle between the American ideal that we all are created equal, and the harsh, ugly reality that racism, nativism, fear, demonization have long torn us apart.” Agree with us or you’re racist, xenophobic and dangerous. Did we mention racist?

Speaking of demonization, at no time in our history have we seen such naked censorship carried out on so many levels.

It’s not just the goons from Big Tech, who helped fix the election and crushed Parler. About 250 “publishing professionals” at major book houses issued a statement, “No Book Deals for Traitors.” Those blacklisted include any “participant” in the Trump administration or anyone questioning leftist orthodoxy. Simon & Schuster showed the way by canceling Missouri Sen. Josh Hawley’s book contract because, acting within the law, he asked for a review of vote fraud allegations before Electoral votes were counted.

Fortunately, Regnery Publishing has stepped up and will publish the book. Thomas Spence revealed this in a Wall Street Journal column, “Blacklists Are the Rage in Publishing.”

In the 1990s, frustrated by the leftist mindset at every major publishing house, Mr. Spence started his own firm, Dallas-based Spence Publishing (which published my first book, “The Age of Consent: The Rise of Relativism and the Corruption of Popular Culture”).

“An independent publisher is vulnerable to today’s Jacobins in many ways, for it relies on large partners to print, distribute and sell its books,” he wrote. “Now that dissent from the latest version of progressive orthodoxy is equated with violence and treason, my colleagues and I know we could be next. But we choose to fight back.”

But the Christian groups are the bad guys that need to be wiped out.

These are just the latest in a shocking litany of attacks on freedom of speech, religious liberty, and dissent of any kind from Marxist cultural deconstruction.

Along with “unity,” Mr. Biden’s idea of “health” might be different from yours and mine. His nominee for secretary of Health and Human Services is California Attorney General Xavier Becerra, best known for persecuting nuns, crisis pregnancy centers and undercover journalists who exposed Planned Parenthood executives discussing the sale of baby body parts.

Mr. Biden also named Rachel Levine, Pennsylvania’s secretary of health, as an assistant HHS secretary. Dr. Levine is a burly biological male who sports shoulder-length curls and who ordered nursing homes to admit COVID-19 patients while removing his own mother from such a facility.

In the world of Big Brother, “Every record has been destroyed or falsified, every book has been rewritten, every picture has been repainted, every statue and street renamed, every date has been altered,” Orwell wrote. “And that process is continuing day by day and minute by minute. History has stopped. Nothing exists except an endless present in which the Party is always right.”

Blogger Laurie Higgins nailed it when she wrote that leftists regard “1984” as “a blueprint for progress.”

May Thomas Spence’s course of action be a model for the rest of us: “We choose to fight back.”

Posted by theodore miraldi at 2:41 PM