All of a Sudden, Much of the PRESS has Turned AGAINST FREE SPEECH 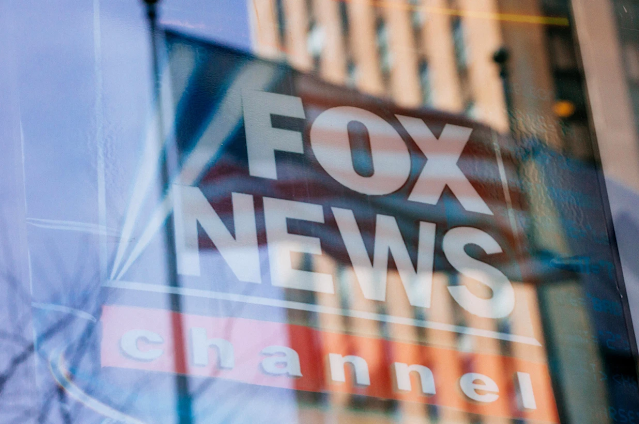 Some journalists have called for unwelcome media organizations to be shut down. Getty Images

Long stalwart defenders of the First Amendment, the American media are now having second thoughts.

For decades, it was a commonplace sentiment among journalists that freedom of the press was one of the glories of our system. It helped to make the government accountable and to air diverse points of view — even unpopular ones — to be tested in the marketplace of ideas.

Media organizations were at the forefront of the fight to vindicate First Amendment rights, with The New York Times involved in two landmark Supreme Court decisions (New York Times Co. v. Sullivan and the Pentagon Papers case), and tended to rise as one against any perceived threat to their prerogatives and freedoms.

This advocacy has been sincere, although, if nothing else, journalists should be First Amendment purists out of a sense of self-interest. In a 2018 essay in The Atlantic representing the bygone conventional wisdom, titled “Why a Free Press Matters,” the longtime newscaster Dan Rather noted, “As a working journalist, I know I have a stake in this concept.”

One would think so.

Yet now journalists have lurched from finding a threat to freedom of the press in every criticism of reporters and news outlets by former President Donald Trump to themselves calling for unwelcome media organizations to be shut down.

They’ve become the thing they profess to hate — closed-minded censors who want to stifle free expression, First Amendment be damned.

Perversely, the TV program and e-mail newsletter of the top media analyst at CNN, Brian Stelter, has been a clearinghouse for such advocacy, whether it is demands to get right-wingers removed from social media or — more astonishingly — to keep conservative cable networks off the airwaves.

Stelter’s colleague, media reporter Oliver Darcy, tweeted about his effort to get cable companies to answer why they carry pro-Trump channels like Newsmax and One America News Network. “Do they have any second thoughts about distributing these channels given their election denialism content?” he asked on Twitter. “They won’t say.”

In the same vein, Washington Post columnist Max Boot drew a direct line between how we deal with foreign terror groups and how we should treat right-wing media organizations. “We need,” he wrote, “to shut down the influencers who radicalize people and set them on the path toward violence and sedition.”

The speech police go after the peanut gallery

Boot noted, approvingly, that the UK doesn’t have the equivalent of Fox News because regulators won’t allow it. The UK also doesn’t have a First Amendment, a small detail that might be worth considering if the point is to protect our freedoms rather than destroy them in a fit of ideological vengeance.

A writer at the progressive publication Mother Jones argued for an advertiser boycott instead of regulatory action in a post called, charmingly, “It’s Time to Crush Fox News.”

A boycott wouldn’t violate the First Amendment like a direct crackdown on Fox and others. Still, it would be private action undertaken in the service of a profoundly illiberal goal, running counter to the country’s culture of free speech.

All this would be bad enough if it weren’t people who write and comment on TV for a living advocating it. But journalists have been moving in this direction for a while now, as Armin Rosen catalogs in a disturbing report for Tablet magazine.

The author Steve Coll, who is no less than the dean of the Graduate School of Journalism at Columbia University, said last December, “Those of us in journalism have to come to terms with the fact that free speech, a principle that we hold sacred, is being weaponized against the principles of journalism.”

The former managing editor of Time magazine, Richard Stengel, has written: “All speech is not equal. And where truth cannot drive out lies, we must add new guardrails.”

And so its erstwhile champions are ready to retreat from strict adherence to the First Amendment to a new rule of “free speech for me but not for thee.”

Posted by theodore miraldi at 11:18 AM