AT STAKE THIS WEEK: Saving America From a Unified SOCIALIST Government

Complete domination by a radicalized Democratic Party might spell the end 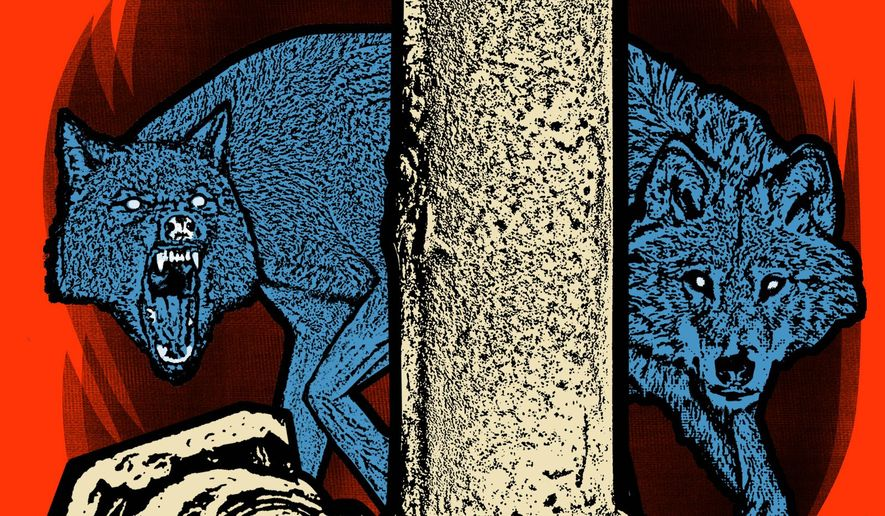 Illustration on a radical Democratic party by Linas Garsys

As the New Year is dawning, Americans are facing either a divided government or a unified socialist left controlling all major federal branches.

The first outcome would prove difficult but not fatal. It would mean lots of conflict and negotiations. However, the second — the complete domination of the federal government by a radicalized Democratic Party — might spell the end of our self-governing republic.

This is not hyperbole. Democratic leaders have said that a main legislative priority is enacting the “For the People Act,” a brazen destruction of what’s left of election integrity safeguards.

If you think this COVID-19 tainted election was marred by millions of unsolicited mailed ballots, unconstitutional alteration of election laws by unelected officials and judges, and voting machine manipulation, well, we haven’t seen anything yet.

In other words, the Biden/Harris/Pelosi/Schumer regime would move quickly to end any effective future opposition.

They’ve already benefited from numerous judges not bothering to seriously examine massive evidence of vote fraud in the battleground states, including the bizarre election night cessation of vote counting with President Trump way ahead and more than 1,000 witness affidavits alleging fraud.

On Jan. 5, Georgia will hold a runoff election for two U.S. Senate seats. The outcome of those two races will determine control of the Senate and whether the majority leader will be Mitch McConnell or Chuck Schumer.

On Wednesday, Jan. 6, Congress votes on whether to accept the slates of presidential electors sent by the states, several of which are still being contested.

If Joe Biden and Kamala Harris become president and vice president, and Democrats control both the House and Senate, they plan to enact the most radical agenda in U.S. history, one designed to end two-party politics and usher in a single-party, socialist government.

The “Equality Act,” “Medicare for All,” the “Green New Deal” and other radical measures would criminalize Christianity, establish socialist health care and turn our economy over to globalist environmental extremists.

On top of that, the Biden/Harris team says the U.S. border will essentially be reduced to a suggestion, inviting in millions more immigrants who can be turned into a permanent government dependency voting bloc.

Democrats also have promised to end the Electoral College, “pack” the U.S. Supreme Court and create four more Democratic U.S. senators by granting statehood to Puerto Rico and the District of Columbia.

Heck, why not turn Guam into a state, too, making it six new guaranteed Democrat Senate seats?

Before Nov. 3, the media, including the leftist-controlled social media, made sure that the American people were unaware of the stakes.

Even the comic pages were in on it. Doonesbury cartoonist Garry Trudeau, an unreconstructed leftist from the Sixties, repeatedly portrayed Mr. Trump with blood-stained hands and Republicans as the racist character Jimmy Crow.

Numerous news outlets ran polls showing Mr. Biden with double-digit leads. They did “fact checks” accusing Mr. Trump of falsely claiming that a vaccine could be available before the end of the year.

In March, The Washington Post wrote: “Experts have emphasized that actual deployment of the vaccine is more than a year away, not a few months, as Trump has suggested.”

A Politico article, “Trump gets a fact check on coronavirus vaccines — from his own officials,” quoted Mr. Trump asking if the vaccine would be available “within a year,” followed by this:

“‘A year to a year and a half,’ interjected Anthony Fauci, a government veteran of disease outbreaks under six presidents.” Guess Mr. Trump was out of his league.

On May 3, CNBC informed us that, “Public health officials have said a coronavirus vaccine could take a year to 18 months. Vaccines often take many years to develop and distribute.”

Having been dead wrong about the timeline, the media resorted instead to a different smear.

On Nov. 9, Pfizer’s announcement of a 90% effective vaccine sent the stock market soaring. Mr. Trump took credit for it as part of Operation Warp Speed.

True, except that farther down in the story was this: “Pfizer did sign an agreement with the U.S. government in July worth $1.95 billion” to supply 100 million doses. “That guarantees Pfizer a U.S. market, an important incentive,” the AP admitted.

This past week, Joe Biden accused Mr. Trump of taking a too-slow approach to vaccinations. Perhaps he has to show that he’ll do something different beyond issuing a hare-brained national mask mandate.

Down in Georgia, Black Lives Matter, the Marxist group whose deadly rioting ripped through dozens of cities, is raising money for Democratic candidates Jon Ossoff and Raphael Warnock.

Unless there is massive vote fraud, one would think that even the Georgia suburbanites who abandoned Mr. Trump would spare the rest of us the hideous prospect of a Biden/Harris/Pelosi/Schumer junta.

Pray that the scales fall from Georgia voters’ eyes. And for a miracle finish in the presidential stakes.

Posted by theodore miraldi at 11:09 AM