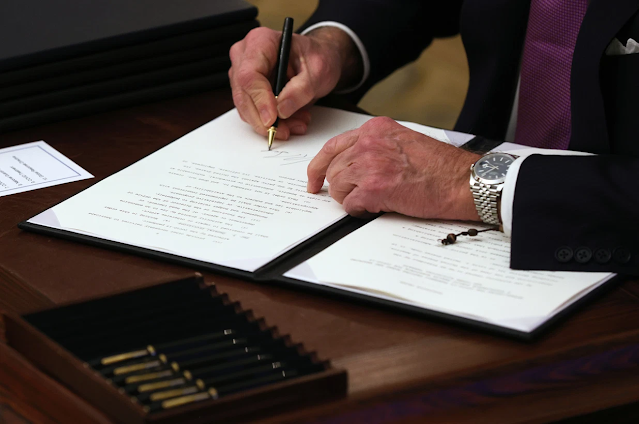 On his first day in office, President Biden rescinded the Trump administration’s executive order prohibiting critical race theory training for federal agencies and federal contractors. This is a sad reversal for Americans committed to colorblindness in public life. But while the president’s order is binding at the federal level, state legislators still have a say in the matter. They should not shrink from resisting this pernicious philosophy.

Critical race theory understands the world by viewing everything — society, economics, education, family, science — through the lens of “whiteness” and white racism. White people, according to CRT, drift in a kind of amniotic fluid of privilege and unearned gifts based on the brutal ideology of “white supremacy.”

The “theory” — unfalsifiable because any argument against it can be dismissed as an expression of “white fragility” — demands that whites relinquish their unearned societal privilege and work to uproot racism from their own minds and from society at large.

CRT training sessions have become standard across academia, public education, corporate America and government. Highly paid experts in indoctrination conduct multi-day seminars explaining how racist attitudes infect even the purest intentions and why white employees are and will always be racist.

When they see it for what it really is, most Americans abhor critical race theory. President Donald Trump’s order declared that it would be “the policy of the United States not to promote race or sex stereotyping or scapegoating in the Federal workforce . . . and not to allow grant funds to be used for these purposes.”

President Biden’s reimposition of CRT training in the federal government is shameful. But it need not be the end of the story. Now is the time for governors and state legislators to step up — and to remember that these ideas don’t withstand scrutiny. In a state legislative committee hearing, the argument for colorblindness will always carry the day. As viewed through state and local media — where journalists are more likely to see their jobs as presenting both sides of controversies, rather than advancing the cause of social justice — the case against critical race theory will win hearts and minds.

The only thing stopping state leaders is the political attacks sure to follow. If the past year provides any indication, CRT critics will be labeled by the national media and Twitter blue-checks as racists.

After Trump defended, and Biden criticized, his order at the first presidential debate, NPR issued a “fact check” declaring: “Racial Sensitivity Training Is Not Racist.”

It explained that “racial sensitivity training, which addresses topics like white privilege and critical race theory, is aimed at creating inclusive workplaces for women and people of color.” Thus, only those harboring racial bias could oppose such efforts.

State leaders will have to decide whether imparting America’s principles to the next generation is worth the price of being excoriated on social media.

If they decide that this is a price worth paying, they’ll pass laws prohibiting state and local government agencies, government contractors and most importantly schools from using taxpayer money to indoctrinate adults and children into an ideology of racial and sexual scapegoating.

Max Eden is a senior fellow at the Manhattan Institute. Adapted from City Journal.