Kristen Clarke wrote the phrase in 1994 to Harvard newspaper while undergraduate. 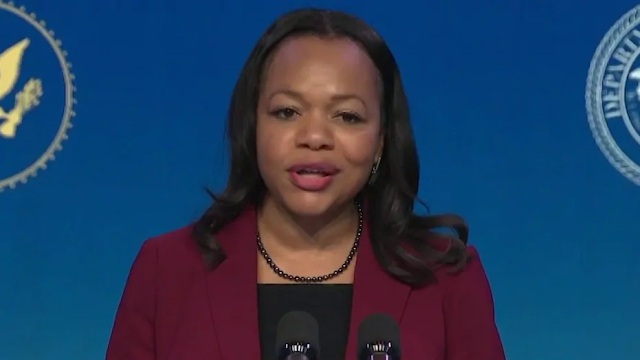 EXCLUSIVE – Joe Biden's pick to run the Justice Department's enormously powerful Civil Rights Division is a woman called Kristen Clarke. Clarke says her job is simple: End hate. But like so many in her world, Clarke is actually an enthusiastic purveyor of what she claims to fight.

A new investigation by "Tucker Carlson Tonight" has uncovered shocking statements that Clarke made while attending Harvard as an undergraduate.

In 1994, Clarke wrote a letter to The Harvard Crimson in her capacity as the president of the Black Studies Association to explain her views on race science.

"Please use the following theories and observations to assist you in your search for truth regarding the genetic differences between Blacks and whites [sic]," Clarke wrote. "One: Dr Richard King reveals that the core of the human brain is the 'locus coeruleus,' which is a structure that is Black, because it contains large amounts of neuro-melanin, which is essential for its operation. 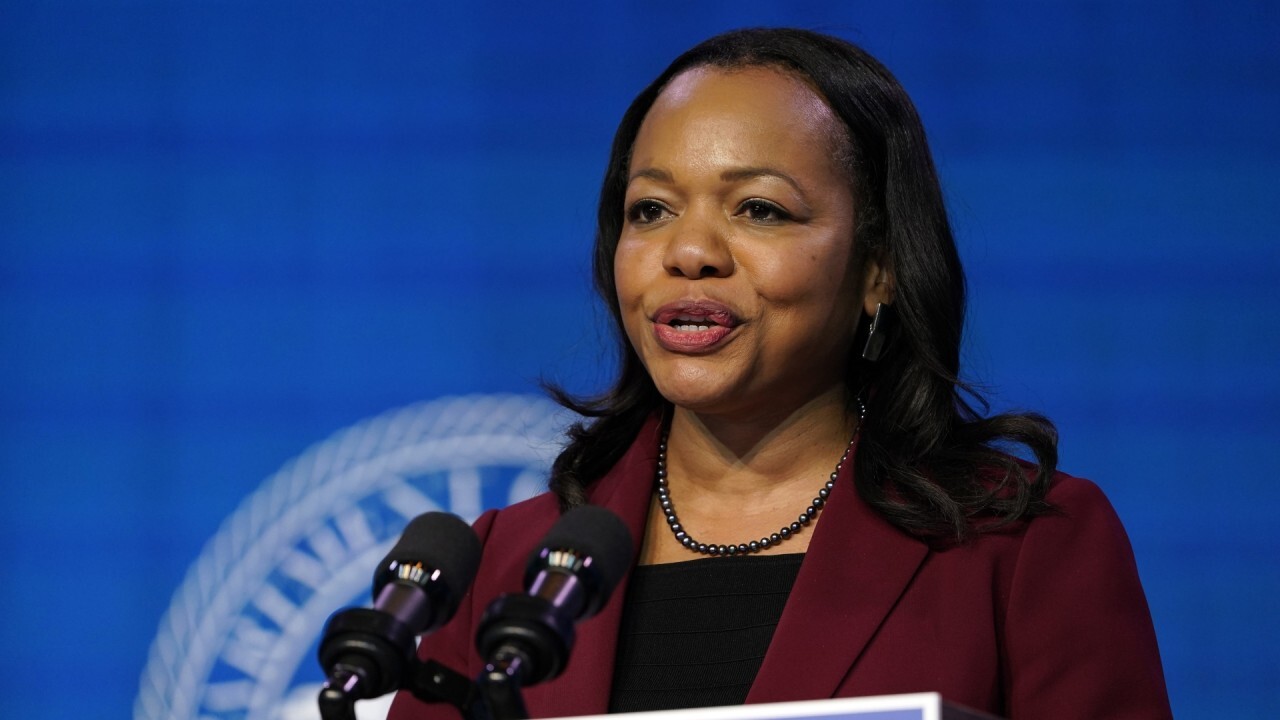 "Four: Some scientists have revealed that most whites [sic] are unable to produce melanin because their pineal glands are often calcified or non-functioning. Pineal calcification rates with Africans are five to 15 percent [sic], Asians 15 to 25 percent [sic] and Europeans 60 to 80 percent [sic]. This is the chemical basis for the cultural differences between blacks and whites [sic].

"Five: Melanin endows Blacks with greater mental, physical and spiritual abilities -- something which cannot be measured based on Eurocentric standards."

The above is not an editorial from the Final Call, Louis Farrakhan's free newspaper. That is a direct quote from the person Joe Biden is about to put in charge of this country's civil rights laws.

Even at Harvard, crackpot theories like that were considered deranged and dangerous. After an outcry on campus, Kristen Clarke suggested that she didn't necessarily believe what she had written.

Just a month later, however, Clarke invited the noted Trinidadian anti-Semite Tony Martin to speak on campus. Martin, then a professor at Wellesley College, was the author of a self published manifesto called "The Jewish Onslaught." In it, Martin chronicled the "escalating Jewish onslaught" against Black people.

For Martin's fans like Kristen Clarke, his speech at Harvard did not disappoint. He attacked both Jews and Judaism as a religion. Martin, who retired from Wellesley in 2007 and died in 2013, spent his final years giving speeches to Holocaust denial organizations on topics such as "tactics of organized Jewry in suppressing free speech."

Kristen Clarke has never shed these views. They've simply become more sophisticated. Just last year, Clarke was fighting for the crudest kind of racial discrimination in college admissions, saying it was "madness" for the federal government to take the side of Asian applicants who had provably been denied college admission on the basis of their skin color.

Speaking of madness, in a sane country, someone like Kristen Clarke would be under investigation by the Civil Rights Division, not running it. We will see if Clarke's nomination gets to the U.S. Senate. If it does, we're in serious trouble.

This article is adapted from a portion of Tucker Carlson's remarks on the Jan. 11, 2021 edition of "Tucker Carlson Tonight."

Posted by theodore miraldi at 11:37 PM