Biden's UNCONTROLLED Immigration Will Cause Irreversible HARM to America 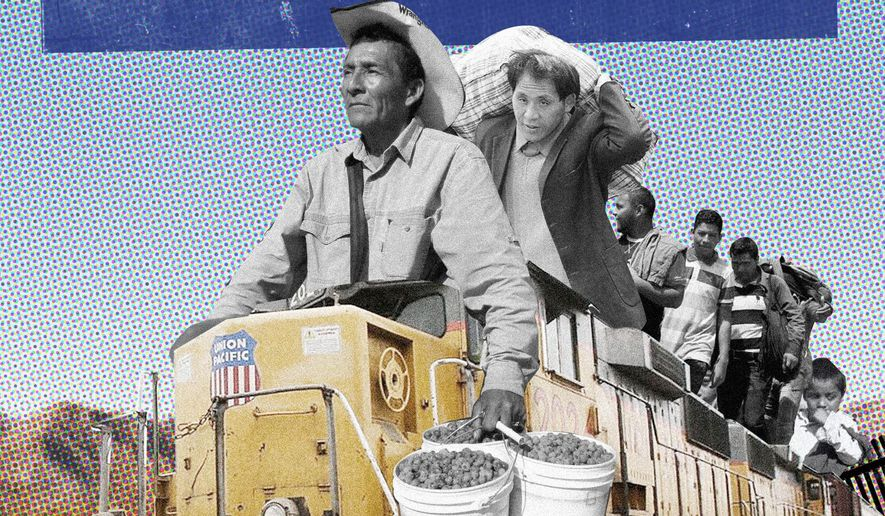 In 1980, singer Neil Diamond recorded a song that celebrated American immigration, first in the early 1900s and then more recently. The song included this chorus:

The song makes no distinction between the legal and orderly immigration of the early 20th century and the chaotic and illegal immigration that characterizes today’s movement of mostly Central Americans into the country.

Last Sunday, thousands of Hondurans formed caravans in an attempt to violate Mexico’s southern border on their way to our southern border. Police and soldiers wearing riot gear tried to block them, but the migrants broke through, undeterred by tear gas and batons.

They are likely coming because they are hearing that President Biden plans to deport fewer of them and because relatives have encouraged them to make the risky journey. They are coming because of poverty and crime in Honduras and other countries. Many of them had their homes destroyed by hurricanes.

Mr. Biden has also said he will not continue construction of Donald Trump’s border wall, which the Trump administration touted as having a significant deterrent effect on undocumented people crossing the border. That, too, sends a “y’all come” signal southward.

The prospect of a human tide coming to America now becomes very real. And the promise of U.S. citizenship for the 11 million undocumented already here can only serve as an additional enhancement for even more to come.

Interviewed on TV networks, some in the caravan say they want to come to America for jobs. What about those Americans who are out of work because of the pandemic? Shouldn’t U.S. citizens be first on the list for any available jobs? If migrants are illegally allowed in, or manage to get in, what signal will this send to the thousands — perhaps millions — who will come and what additional burden will that place on American taxpayers and social services?

I have been exploring possible travel to countries in Europe and Central and South America, hoping to break free from all the lockdowns and regulations in this country. Many of them are closed to American citizens. These countries apparently don’t want anyone bringing COVID-19 with them. Shouldn’t that also be a concern for the U.S. government?

How many migrants seeking to come to America are infected with COVID-19 and will aid in its spread? How many are gang members who will add to the crime problems in major U.S. cities?

The left claims Donald Trump is responsible for the Jan. 6 rioting at the U.S. Capitol because he “incited” the crowd to insurrection with his rhetoric about a “stolen” election. Why, then, can’t Biden’s language about easing the path to America and gaining citizenship equally be a cause and effect?

Throughout history, uncontrolled immigration without assimilation has contributed to the collapse of other superpowers. The United States does not enjoy special protection from a similar fate. Some on the left cynically believe these migrants can be turned into Democratic voters and along with censoring conservative beliefs on social media and other platforms and creating states out of Puerto Rico and the District of Columbia the Republican Party and all opposition to their agenda can be squashed.

Neil Diamond’s song was meant as a patriotic celebration of America’s “melting pot.” Given the chaos that will come if Mr. Biden’s promise is not retracted, that “pot” is likely to boil over, causing irreversible harm.

Posted by theodore miraldi at 10:59 AM