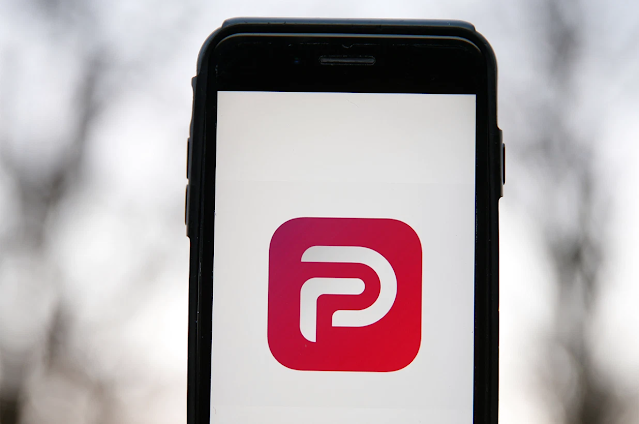 Big Tech is a cartel, and must be regulated.

Parler, the alternative social-media site that aims to be “the world’s premier free speech platform,” surged to No. 1 on Apple’s app store Friday as Twitter was banning President Trump indefinitely. On Saturday, Apple and Google banned the site, stopping new users from downloading the app — while Amazon began cutting Parler off from its Web-hosting service, forcing it to find a new host or shut down.

Apple says Parler’s not doing enough to prevent “threats of violence and illegal activity” from running amok. Amazon says the site’s “steady increase in this violent content  . . . violates our terms.”

This, when Parler has policed at least some posts calling for violence, as Mediaite reports the company removed posts by extremist “election fraud” lawyer Lin Wood that called for the execution of Vice President Mike Pence for his refusal to reject Electoral College votes for Joe Biden.

As we’ve noted before, endless bile roams free on Twitter — hate speech and worse that the company polices in no consistent way. Yet now other tech companies are punishing Parler for failing in the same way. They’re not applying a neutral rule, they’re catering to the biases of their angry left-leaning employees.

And wow: When people complain about the overwhelming share of their markets controlled by Facebook, Apple, Amazon and Google, the companies’ defenders insist that they compete in important ways, checking each other’s power. This is looking more like a cabal supporting each other — at the least, uniting to enforce a common political orthodoxy.

A similar argument goes: If you don’t like how Facebook or Twitter enforces its rules, go build your own alternative. Yet Parler did just that, with growing success — and boom, the tech world moves to kill it.

This, as the left is using social media to build a vast rage-mob. As Parler CEO Mark Matze told Fox News as his servers got shut down, it’s not just Amazon and Apple: “Every vendor from text-message services to e-mail providers to our lawyers all ditched us too on the same day.”

Perhaps Big Tech thinks it can get away with all this now that Democrats are going to control Washington; its execs may even think they need to stifle the right to fend off the left’s drive to dictate their behavior. But this campaign is sure to feed everyone’s concerns about the industry’s power.

Rather than give America the peace it desperately needs in the wake of the Capitol Hill assault, Big Tech is tossing more fuel on the culture-war fires.

Posted by theodore miraldi at 6:45 PM