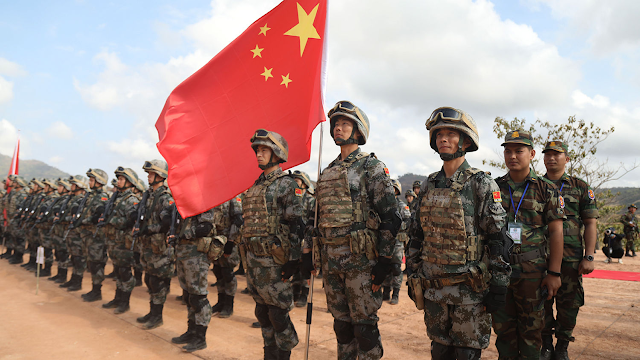 China on Thursday intensified its rhetoric directed towards Taiwan and said its independence would result in war.

Taipei accused Beijing of flying a dozen military jets in its airspace on Sunday in an act of intimidation. U.S. observers said China was intent on testing President Joe Biden, who had been sworn in just days before.

Wu said the "military activities" in the Taiwan Straits "are necessary actions to address the current security situation" there and then he warned, "Those who play with fire will burn themselves, and ‘Taiwan independence’ means war."

Taiwan and China separated amid civil war in 1949 and China says it is determined to bring the island under its control by force if necessary. The U.S. switched diplomatic recognition from Taipei to Beijing in 1979, but is legally required to ensure Taiwan can defend itself and the self-governing democratic island enjoys strong bipartisan support in Washington.

Secretary of State Antony Blinken said in a confirmation hearing Tuesday there is "no doubt" China poses the greatest threat of any nation to the U.S.  and the Trump administration was right to take a tougher stance against the Asian power.

"President Trump was right in taking a tougher approach to China," said Blinken, who served as then-Vice President Biden’s national security advisor before being elevated to deputy secretary of state under Barack Obama. "Not the way he went about it in a number of ways, but the basic principle was right."

Posted by theodore miraldi at 6:02 AM