Democrats' RULE: BOW Before Them or BURN 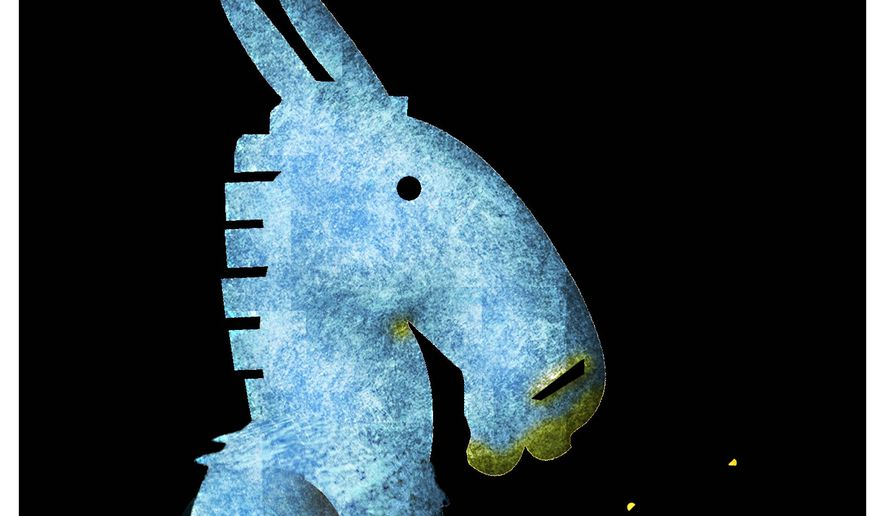 The year 2021 is hardly out of diapers, and the words of the Old Testament prophet echo through our streets:

“Woe to those who draw iniquity with the cords of falsehood … who call evil good and good evil; who substitute darkness for light and light for darkness; bitter for sweet and sweet for bitter! Woe to those who are wise in their own eyes and clever in their own sight …  Woe unto those who take away the rights of the ones who are in the right!”

Yes, the year is young, but the purge is as old as time. Isaiah’s warning reminds us that the high priests of self-aggrandizement and hypocrisy have always stood in the offing. They have always been at the city gates. Patient as father time, waiting and waiting for civilization’s walls to crack, staring wide-eyed at the ramparts, watching and watching for history’s citizens to slumber in their “safety,” ignorant of the imminent attack.

Theirs is a religion of human sacrifice; the sacrifice of mind, body and soul. On their altar, tradition, experience, reason and revelation must die. Robed in their vestments of Inquisition, they ready the stake. With pious calls to “turn down the heat of our rhetoric,” they fan the fire. With their hateful “love,” they strike the match. Refuse to recant your sin of speaking out against their sin, and you will pay.

Shouting “judge not!” they judge you. “You marched with the pagan Constantine,” they cry. “In the name of Christianity, your Christendom be damned. Your patriotism is unpatriotic. Your nationalism betrays the nation. We will not tolerate your intolerance. We hate you for your ‘hate.’”

This is their mantra. They actually chant this nonsense. In their darkened minds, such pabulum stunningly seems to make some sense.

This is the world of the progressive left. This is the land of one-party rule. In their kingdom, simple math and logic are no longer objective facts but merely tainted products of “privilege.” Two plus two is no longer four. Biology and genetics must kneel in obeisance to fabrication and fantasy. Defending science makes you a science-denier. Delusion is their identity. Saying that a man isn’t a woman and a woman is not a man makes you the one who is insane.

Arguing for the lives of all races means you’re a racist. If you march for freedom, you’re a fascist. You are guilty of intrusion if you simply want to be left alone. You will pay homage to “inclusion” or you will be excluded.

Killing millions of helpless babies makes them the champions of children.

Pretending a female is a fantasy rather than a fact makes them feminists.

While waving banners of “love trumps hate,” they scream of their hate for Donald Trump. Preaching that they’ll bring America together, they call half of Americans “maggots,” “deplorables,” “domestic terrorists” and “ignorant rubes.”

Their virtue signaling is void of virtue. You will be made to care. And they don’t care.

This is a party that flaunts freedom of speech while it cancels speech it believes should not be free. These are people with the temerity to lecture about violence at our nation’s capital after shamelessly spending months fomenting violence coast to coast.

This is a “church” that shouts, “Finally, we’ve elected a decent man” when they just elected a man who stands credibly accused of digitally raping a former female aid. This is a cabal that condemns the lies of an outgoing president while choosing a new one who is a proven plagiarist and persistent, if not pathological, liar.

Welcome to America under the rule of One. Welcome to the temple of the Beltway Baal. Sacrifice your soul or be silenced. Recant or be burned.

“In the New Town, the god who got things done bore the name Moloch. [His] worshipers … were members of a mature and polished civilization. To them, Moloch was not a myth, or at any rate, his meal was not a myth. These highly civilized people really met together to invoke the blessings of heaven on their empire by throwing [people] in the fire.” — G.K. Chesterton, “The Everlasting Man”

Posted by theodore miraldi at 10:54 AM