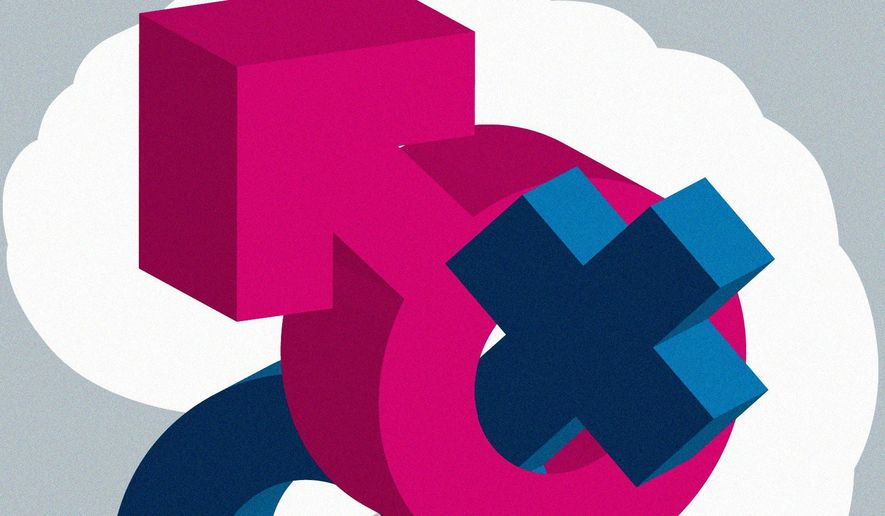 Illustration on focusing on things that matter by Linas arsys

Sometimes I don’t know which is worse: how lame political correctness is or how ignorant the radical left has become over time. U.S. Rep. Emanuel Cleaver, Missouri Democrat, gave the opening prayer of the 117th Congress this week. He closed by saying “amen and awoman.”

Wow! My father was an ordained minister, and I never heard anyone at our church or in our home end a prayer with anything other than “Amen.” The phrase has nothing to do with gender. According to the dictionary, “Amen is commonly used after a prayer, creed, or other formal statement. It is spoken to express solemn ratification or agreement. It means “it is so” or “so it be.” Amen is derived from the Hebrew “amen”, which means “certainty,” “truth” and “verily.”

Hard to imagine that anyone could make the end to a prayer political. But they did.

Then, under the proposed rules for the 117th Congress, the House Democrats stated that they would “honor all gender identities by changing pronouns and familial relationships in the House rules to be gender-neutral.”

Under their rules, this is how I would have to introduce my familial relationships this Christmas:

Hi. This is my parent, Pat. And this is my spouse, Tonette. I am the parent of Matt and Alex. Here is my sibling David, the spouse of my sibling Maria, and the children of my sibling Isabella and Eva. During the holidays, we brought some food over to the siblings of my spouse’s parents. Talk about confusion.

Instead, I am proud to be the son of my mother Pat and my father Llewelyn, the husband of Tonette, the father of Matt and Alex, the brother of David, the brother-in-law of Maria, the brother-in-law of Susie, and uncle to Tony, Phil, Isabella, Eva and Jonas. And I am happy to be a nephew to all of my aunts and uncles and to Tonette’s aunts and uncles — as well as a cousin to all of my cousins and Tonette’s cousins and their husbands and wives. Plus, to really stir the pot, I am proud to be the godfather of Andrew and Marla.

All of this chaos comes while most people are worried about finding a job or paying the mortgage after the government shut their small business down. It is about time for all of the elected officials to focus on things that actually matter to the lives of real Americans.

Sadly, much of this starts long before many hold political office. Schools and colleges across America are filled with this kind of nonsense. In Milwaukee, Wisconsin, and plenty of other school districts across the country, students are taught to be activists for “social justice” at an early age. Unfortunately, many of these school districts practice the racism of low expectations as they don’t expect the majority of their students to be able to do math and reading work at or above grade level. Yet, they do know how to make a protest sign. Maybe that will help as they protest the long wait for unemployment benefits in many of the states led by liberals.

It is worse on the campuses of our colleges and universities across the country. We recently learned that a “Words Matter Task Force” within the Department of Information Technology at the University of Michigan released a list of offensive words that included the terms “picnic” and “brown bag.” Really?

In the past, I wrote about similar panels like the committee at Colorado State that, in addition to the usual politically correct phrases, included America and American on their draft document of supposedly-problematic words. Those putting together the list were concerned that people who were not from America might think using those words implied that being from America was superior to other countries.

Well, I have news for them: America is an exceptional country! What makes us great are the freedoms and opportunities that are available to our citizens — both those who were born here and those who legally came to this country. The main thing that is chipping away at our country’s exceptionalism is the lack of focus on the fundamentals of education. To be competitive in the world, most of us need more than a gender studies degree or course on critical race theory.

As Americans, we have a privilege far greater than most people in the world. We were born or came to a country that was founded on liberty. And while our leaders have all been less than perfect, we’ve consistently moved toward a more perfect nation. We have red, white and blue privilege.

Still, a free society is far from guaranteed — now or in the future. We have to fight for it and defend and pass it on from one generation to the next. I am up for the challenge — and I hope you are, too. Amen!