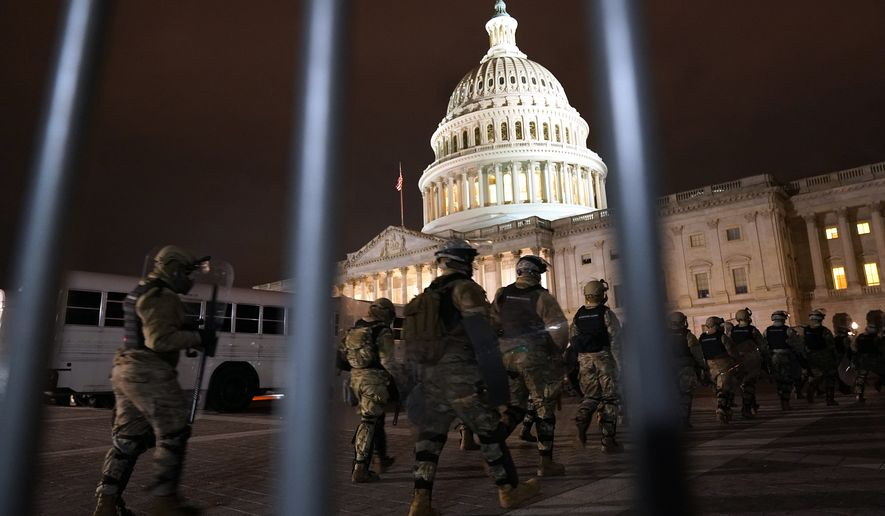 Members of the National Guard arrive to secure the area outside the U.S. Capitol, Wednesday, Jan. 6, 2021, in Washington. (AP Photo/Jacquelyn Martin)

Trump supporters say that Antifa members disguised as one of them infiltrated the protesters who stormed the U.S. Capitol on Wednesday.

A retired military officer told The Washington Times that the firm XRVision used its software to do facial recognition of protesters and matched two Philadelphia Antifa members to two men inside the Senate.

The source provided the photo match to The Times.

One has a tattoo that indicates he is a Stalinist sympathizer. Many Antifa members promote anarchy through violence and want the end of America in favor of a Stalinist-state. “No more USA at all” is a protest chant.

XRVision also has identified another man who, while not known to have Antifa links, is someone who shows up at climate and Black Lives Matter protests in the West.

Born in Portland, Oregon, Antifa has mounted a year of violence in that city. The mayor said this week that Antifa is trying to destroy the town and called for tougher police measures.

Antifa, which is loosely organized nationwide, exports warriors to other towns.