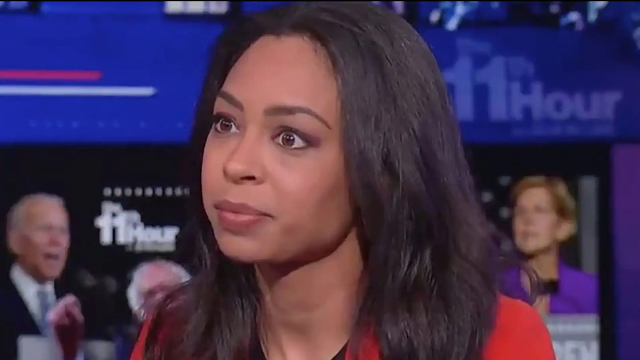 New York Times editorial board member Mara Gay said Wednesday that President Trump had been allowed to "terrorize the American people for four years" because of racist elements in the country.

Gay, an MSNBC analyst, said Trump's presidency would "not have been possible without white supremacy and without racism."

"Racism is at the heart of what allowed Donald Trump free rein to terrorize the American people for four years," Gay said on MSNBC's "Morning Joe."

NY TIMES EDITOR MOCKED FOR BIDEN FANFARE AS PRESIDENT-ELECT LANDS AT JOINT BASE ANDREWS: 'I HAVE CHILLS'

Gay called the riot by a pro-Trump mob at the U.S. Capitol on Jan. 6 the "true face of white supremacy and Trumpism."

"Joe Biden has his work cut out for him, but so do we all," she said. "I think unless we actually out this racism, we will never overcome this challenge, and we might find ourselves right back in the same position."

Trump left the White House for the final time in his term on Wednesday, hours before successor Joe Biden will be sworn in as the 46th president.

While Gay is an unabashedly liberal pundit, other journalists have expressed joy at Biden's inauguration. A New York Times editor was mocked Tuesday for saying she had "chills" seeing Biden's plane leave from Delaware for Washington, D.C., and CNN's political director referred to lights at a D.C. memorial for people who have died of coronavirus as "extensions of Biden's arms embracing America."

Posted by theodore miraldi at 10:06 AM