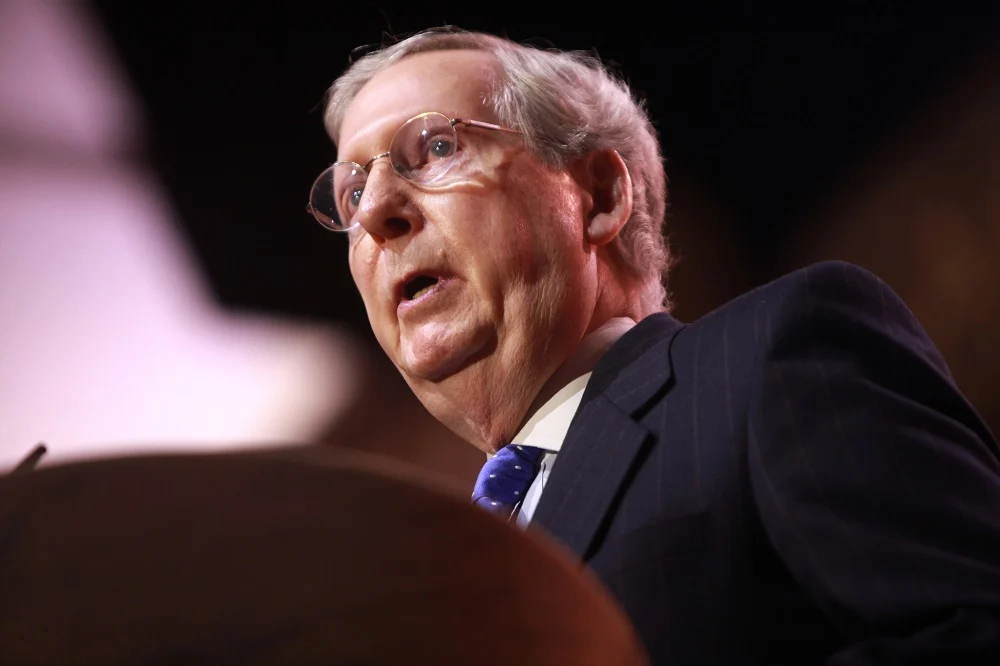 Senate Minority Leader Mitch McConnell has done very good service for the American people. His Merrick Garland gambit was one of the riskiest and best political plays in congressional history. He has seated an enormous amount of conservative judges. He deserves our thanks for that.

But he also has to sit down now and let the conservative movement grow into its new form — a form he seems completely opposed to.

McConnell is playing a ridiculous game of footsie with the idea of convicting Donald Trump in his absurd impeachment. It’s a bridge too far and an obvious power play, and he lacks the power to pull it off.

American conservatives know that after Democrats all but cheered on violence and rioting for months, the idea that Trump incited an insurrection is pure nonsense. It’s a lie and McConnell’s parroting of it is disqualifying for leadership.

So why is McConnell playing along with House Speaker Nancy Pelosi’s charade of impeachment? He thinks he can get the conservative movement back on his and the Chamber of Commerce’s team.

He can’t. If he pushes this impeachment conviction, as he seems to be, he should have no place in Republican leadership. It is nothing short of a betrayal of Republican voters.

I don’t know who McConnell thinks he is appealing to here. It is obvious that conservative voters have not abandoned Trump, even if he has. He seems to think that we will just go back to the pro-war, pro-corporate party he came up in. We won’t. That party was destroyed by Trump and good riddance.

And why did Cocaine Mitch get the opportunity to fill all these judgeships? Why did his Garland gambit pay off? Only because of Trump. Maybe he forgot but Mitt Romney, his buddy in dragging Trump, lost his bid for the presidency in 2012. But luckily for conservatives, Trump won. And yeah, we have a lot of judges to show for it — because of Trump.

McConnell has power, but he has no constituency. Nobody is lining up to watch him make a speech. Nobody is buying Mitch McConnell merch. That may seem petty, but it isn’t. McConnell represents a Republican Party willing to lose everything as long as big business does well. That’s over. Republican voters won’t have it anymore. They know we are in a culture war that he has no interest in fighting. We need Republican leaders who will.

Josh Hawley, Ted Cruz, Marco Rubio, and Tom Cotton will fight this fight. These are the leaders we need. McConnell’s GOP was destroyed by Trump, but McConnell still doesn’t know it. He’d rather throw in with those who prefer losing to fighting. No. We aren’t going back to McConnell’s losing coalition. Trump lost, but he brought a new group of people to the GOP.

That is the most important thing. A new working-class, diverse party is the future, not McConnell’s white guys at the Rotary Club. They are welcome to be a part of this new coalition, but if they try to kneecap it, as McConnell is, they can let the door hit them on the way out. Go be a Joe Biden Democrat.

Trump won an election and allowed McConnell to achieve his goals. Now Mitch wants to throw Trump under the bus. We see it. We won’t stand for it. There are better leaders for us in the Senate. Let’s have one. McConnell is so out of touch that a campfire couldn’t burn his fingers. They are insulated by his corporate connections. Let’s be done with that.

Its time for us to take up Trump’s call for a populist conservatism. We have the people, if not the media. But the media follows the people, not the other way around. It is time for new leadership. It is time for Republicans to select a new Senate leader, thank McConnell for his service, and show him the door.