Mitt Romney Explains Why He Believes Trump's Impeachment is NECESSARY

'If we're going to have unity,' there must be 'accountability'

Romney, who voted to convict Trump at his first impeachment trial, supports the upcoming second trial 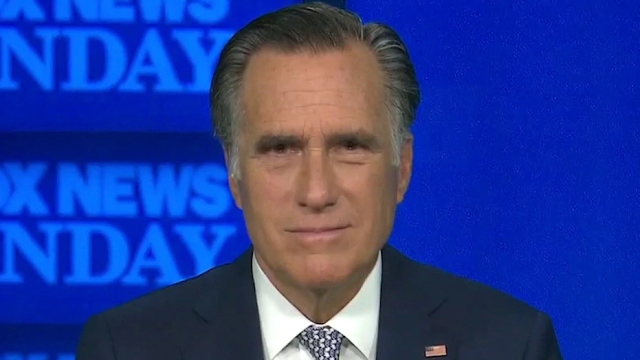 Romney, who voted to convict Trump at his first impeachment, cited Trump's effort to convince Georgia Secretary of State Brad Raffensperger to overturn the state's election result, as well as his call for a march on the U.S. Capitol at a Jan.  6 rally immediately preceding the violent riot.

"Well, we're certainly going to have a trial. I wish that weren't necessary, but the president's conduct with regards to the call to Secretary of State Raffensperger in Georgia as well as the incitation towards the insurrection that led to the attack on the Capitol call for a trial," Romney said.

"And, you know, if we're going to have unity in our country, I think it's important to recognize the need for accountability, for truth and justice."

Romney said the House's article of impeachment "suggests impeachable conduct," but he acknowledged that he and his fellow senators have yet to hear arguments from the two sides. He said he will "do my best as a Senate juror to apply justice as well as I can understand it."

The Republican went on to slam Trump, not just for his words and actions in the months following the election, but for what he said leading up to it, going as far back as to his first impeachment.

TRUMP IMPEACHMENT MANAGER SWALWELL ON TRIAL: 'IF THE SENATE ALLOWS WITNESSES, WE WILL BE READY WITH WITNESSES'

"I think it's pretty clear that over the last year or so there has been an effort to corrupt the election in the United States," Romney said. "It was not by President Biden, it was by President Trump. ... That corruption we saw with regards to the conduct in Ukraine, as well as the call to Secretary of State Raffensperger, as well as the incitation to insurrection. This is obviously very serious and an attack on the very foundation of our democracy and is something which has to be considered and resolved."

Looking forward, Romney acknowledged that Trump will continue to have an influence on the Republican Party, but he pointed to new voices that he believes could determine the direction the party goes in. He specifically mentioned Maryland Gov. Larry Hogan, Massachusetts Gov. Charlie Baker, and Sens. Ben Sasse, R-Neb., and Marco Rubio, R-Fla.,

Romney was critical of Biden as well. While the new president has called for unity, Romney said some of his executive actions during the first days of the administration have been divisive.

"I think there are some actions the president is taking that are going to lead to some anger and division," Romney said. "I think, for instance, saying we’re not going to allow further leases on government land for oil and gas, that obviously very badly hurt our rural communities. Stopping the Keystone Pipeline, that puts a lot of people out of work. Those people are going to be understandably angry."

Romney said Biden should be careful "to not do things that incite a great deal of unnecessary anger."

Posted by theodore miraldi at 10:48 AM