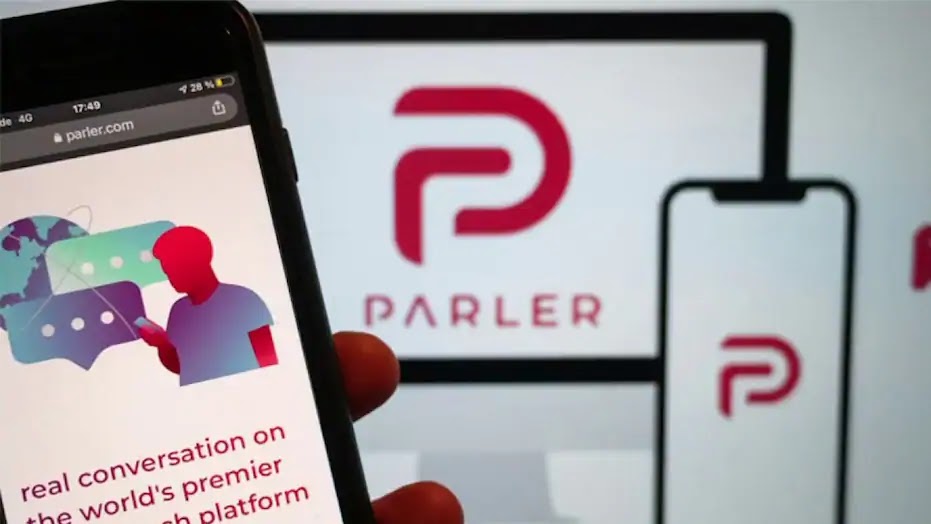 First, Parler’s founders wanted to compete in a free market to address the problems with their competitors at Twitter and elsewhere.

One such problem was — and remains — that too many people felt like the commodity on other platforms, with their personal data being mined and used for profit.

In other words, the goal of Parler was simply to present to the public an alternative to the social media giants to better protect their privacy.

Second, Parler’s founders wanted to create a platform that allowed for the maximum amount of freedom of expression within the limits of the law.

That sounds like an innocent, even noble enterprise. Certainly not controversial, let alone a threat to American democracy.

And yet, Apple and Google removed Parler from their app stores earlier this month. Amazon quickly followed suit, kicking Parler off its cloud servers. The latter decision pushed the app offline, effectively halting its operations and posing an existential threat to the company.

Apple, Google and Amazon claim they acted because Parler didn’t do enough to police violent and threatening content. Of course, we know the actual truth: Big Tech moved to crush what it deemed a right-wing platform that had the audacity not to censor conservatives during a time of intense political polarization.

This was a cancel culture mob — the same mob that is now pushing for American publishers not to sign book deals with officials who served in the Trump administration. Disturbingly, 500 authors and literary professionals signed a letter calling for this anti-American suppression.

So, what’s next for Parler? How does it rebuild? I find out on this week’s episode of my podcast, "Newt’s World." My guest is Amy Peikoff, chief policy officer of Parler.

According to Peikoff, right now Parler has a static webpage telling people that the company is working on coming back online. The company is figuring out what it can do without access to Amazon’s servers. But Peikoff urges everyone to keep checking the website and said Parler will make an announcement once the app is up and running.

Parler has filed a lawsuit against Amazon Web Services, which cut ties with the app abruptly and without any notice.

Amazon’s "decision to effectively terminate Parler’s account is apparently motivated by political animus," according to the complaint. "It is also apparently designed to reduce competition in the microblogging services market to the benefit of Twitter."

Parler also accused Amazon of breaching a contract between them.

We are approaching the edge of what will become a kind of Orwellian dictatorship, in which monopolistic companies allied with powerful politicians will silence you in the public square if you say the wrong thing. Whether Parler’s executives know it or not, they are on the front lines of the fight to prevent this from happening.

I hope you will listen to this week’s episode to learn the truth about Parler — not what the media want you to think — and to hear what to expect from the app going forward.