PAROXYSMS on the Potomac: Democrats DOMINATE with Hypocrisy 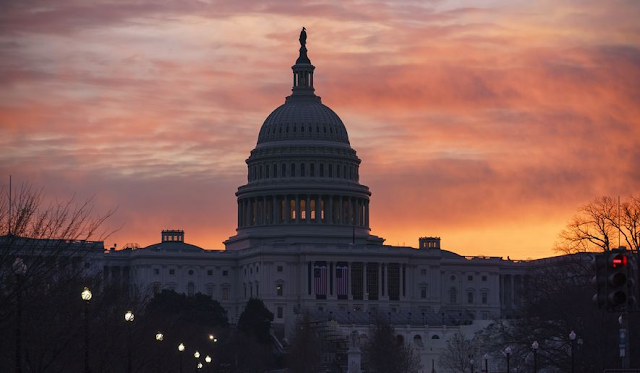 Washington is in an uproar. Nothing like the current fireworks has lit up the Washington skyline since the last time congressional Democrats attempted to boot Donald Trump from the presidency. After four years of slinging mud at the Trump White House, including a previous impeachment only a year ago, Democrats claim their nemesis is too disreputable to remain in office for one more week. Hypocrisy is seldom so rank.

There is little disagreement that President Trump has a tart tongue. He habitually fires well-aimed verbal missiles, and he occasionally misses in jarring fashion. He launched some “beauts,” in his own manner of speaking, during a political finale last week behind the White House. Most infuriating for his critics, he pinned fault for his loss in the 2020 presidential election on “radical-left Democrats” and vowed, “We will never concede.”

Some in the president’s audience took his carping too literally and ended their march down Pennsylvania Avenue with an assault on the U.S. Capitol. For his intemperate words, the president took fire from across the political spectrum, including this publication, forcing him to return to the cameras and denounce the ruffians.

Too late. The party that customarily keeps the U.S. Constitution out of reach on a dusty shelf now wants to use it to expel Mr. Trump from office before he can check out on his own. House Speaker Nancy Pelosi has given Vice President Mike Pence an ultimatum: Deploy the 25th Amendment to remove the president for inability “to discharge the powers and duties of his office,” or he will face impeachment in the House before his last day on the job, Jan. 20.

Behind the supposed concern for the republic is a cunning objective: to render the president radioactive and thus, induce Americans to renounce him and his legacy. Posterity would view the Trump era as little more than a speed bump on the path to progressive paradise.

If Mr. Trump is to be canceled for the chaos at the Capitol, a just world would treat President-elect Joe Biden in like fashion. As black-clad rioters burned and looted America’s major cities last summer, Mr. Biden voiced common cause with the protesters, only questioning the efficacy of violence. His fellow Democrats downplayed the terror of Antifa and its radical twin, Black Lives Matter, as an unavoidable consequence of the struggle for racial and economic equality. During an autumn presidential debate, Mr. Biden shrugged off Antifa as simply “an idea.”

Is it any wonder, then, that Trump supporters may have drawn the reckless conclusion that demands for election integrity must be amplified by the sights and sounds of civil strife?

Five deaths, including a fatal shooting by police, and vandalism of the historic U.S. Capitol are unquestionably tragic, but they don’t match the dozens killed and billions of dollars in damage incurred during the Democrat-condoned riots. Those demanding the president’s ouster refuse blame for their own misdeeds. Americans won’t forget their hypocrisy.

Posted by theodore miraldi at 6:58 AM