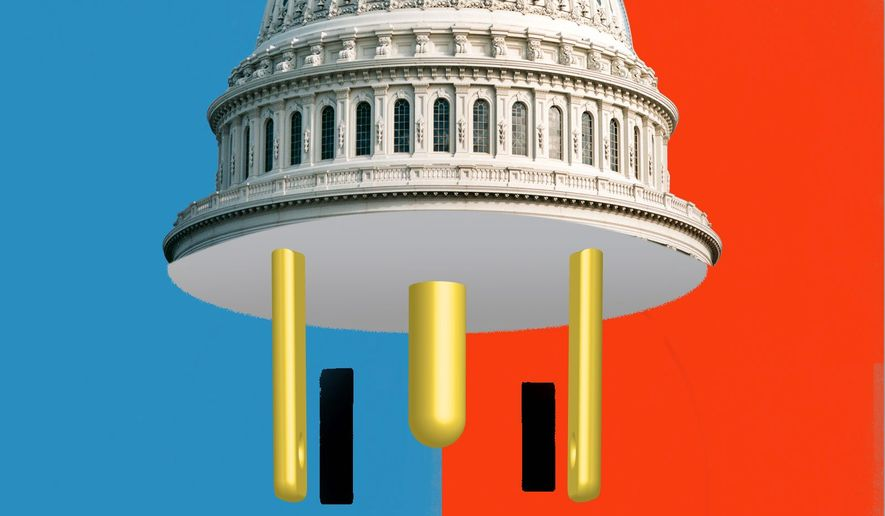 A few weeks ago, in a column about how crucial the Georgia runoffs were to a bunch of different things, I may have overstated the importance of those races.

In the wake of the omnibus/coronavirus relief/energy bill mash-up, it is now clear that while the Georgia runoffs are important because they probably will save us from the worst effects of single-party rule, they will not be able to save us from all the pathologies of the federal government.

A friend of mine recently suggested that perhaps it would be better if the Republicans lost in Georgia, that some people need to touch the stove to know it’s hot. He may be right.

It gets harder to argue for the necessity of two parties in the rule of the nation when elected officials in both parties construct and pass a $900 billion “relief” bill in which less than $200 billion gets to actual citizens and $700 billion gets shipped out to various bureaucracies, who will then ship it to other bureaucracies.

Members of Congress prefer that approach. They vote for this sort of thing every year. This time, the federal government will add $3,000 in debt to each American’s tab. Some citizens will get $600 of that back, while the other $2,400 per person will be spent on whatever the government thinks it important.

One of the hardest truths to face is that your team is wrong more often than you would like to admit. That means some humility is always in order. At least occasionally, and usually more often, even people you think are right thinkers make mistakes.

At first, President Trump had the same reaction. He took a look at the finished product and realized that there was $600 for some Americans and $2,400 for the federal leviathan.

Unfortunately, Mr. Trump did not press his case, a case with which many Americans agreed. In what was the first contest of his post-presidency, Mr. Trump, who had a clear line of sight to triangulate against Washington, failed to follow through.

Expect more of this in the next few years as Mr. Trump from Florida rails against whatever or whoever but is unable to provide actual alternatives.

What Mr. Trump senses but doesn’t fully appreciate is that the only remedy to much of what ails Washington is to bypass the bureaucracy and thereby reduce its power. Part of that is direct action — such as sending money to people directly.

Part of it is reasserting the prerogatives of the legislature. This process was like the legislative kabuki that happens at the end of each year. A small number of people are actually involved in negotiating and drafting legislation. Regular order — going through committees and amendments and floor votes — is avoided at all costs.

Because of that, lawmakers who discover practical and philosophical problems in the legislation are given only two choices: hold their objections and vote the party line or become pariahs in their own caucus.

It is not just a problem for Congress. It is a problem for our democracy. Jeff Bezos’ newsletter (The Washington Post) likes the marketing pitch that “democracy dies in darkness.”

But democracy really dies when elected officials fail to insist that legislation go through regular order — that they have a chance to vote on and alter legislation as it moves through the process.

The moment is ripe — especially given the narrow margins in the House and Senate — for a right-left coalition on the importance of legislating and ensuring the prerogatives of elected representatives.

Rep. Alexandria Ocasio-Cortez of New York pointed out that in this instance lawmakers had been given 5,900 pages of text with no time to read it or even hope to begin to understand it. She said quite simply and accurately that this is not legislating, it is hostage-taking.