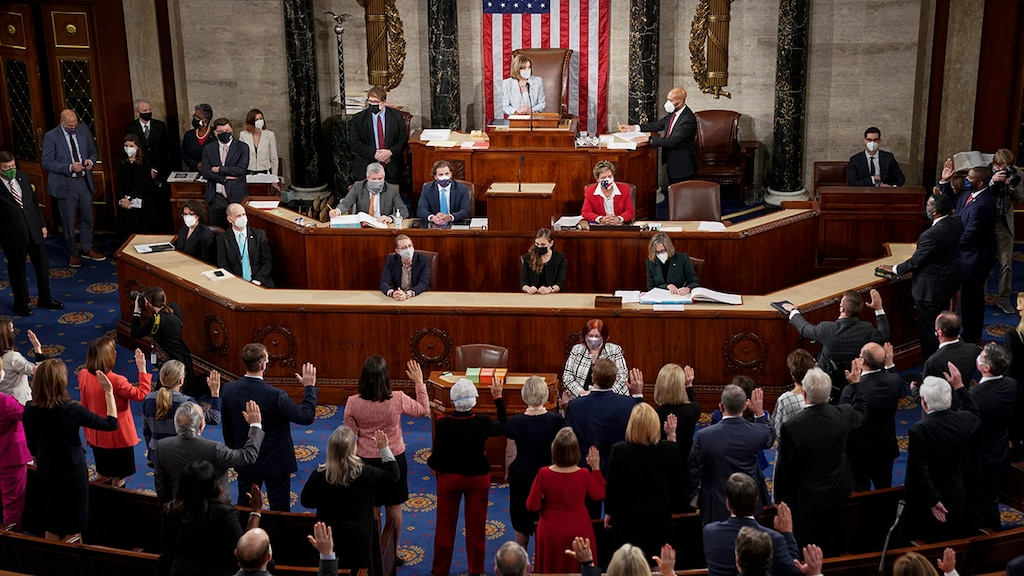 House Administration Committee ranking member Rodney Davis, R-Ill., slammed Democrats on Sunday for their decision to build a plexiglass structure in the chamber to allow members who were exposed to COVID-19 to vote for speaker of the House.

Davis argued that the "lack of communication with the Minority" makes the move "100% political."

"This is completely against everything we're told throughout this entire pandemic for house operations," Davis told reporters Sunday. "To build a structure like that in the dark of night, to only protect the votes that Speaker Pelosi needs to get elected speaker, is shameful."

The California Democrat, who has led her party in the House since 2003 and is the only woman to be speaker, had been widely expected to retain her post. Pelosi received 216 votes to 209 for Rep. Kevin McCarthy, R-Calif., who again will be the chamber's minority leader.

In addition, Democratic Reps. Mikie Sherrill of New Jersey, Abigail Spanberger of Virginia, and Elissa of Michigan each voted "present."

This will likely be Pelosi's last term as House speaker based on her promise to the caucus.

According to Fox News' Chad Pergram, Republicans will use Pelosi's speakership as a wedge issue in the 2022 midterms and weaponize votes under her leadership against vulnerable Democrats.

Posted by theodore miraldi at 8:01 PM