Spirit of Our Revolutionary FOUNDERS 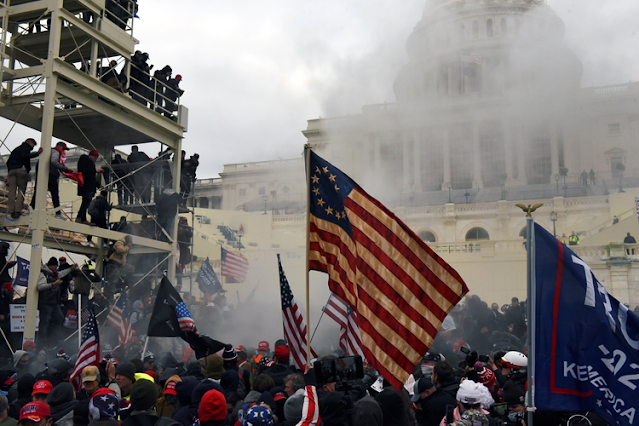 What was witnessed today in the Capital were the citizens this nation has disenfranchised and maligned over several decades. As they were required to be the good soldiers and finance a government that has turned against them and the needs of their families by ruling like Lords over their Subjects.

These protesters were carrying the American Flag and defending the Constitution of this nation. They were not carrying BLM Flags or Gay Nation Flags or even flags from other countries. The corruption of this last election just lit the fuse of the cannon blast that finally hit DC.

Take heed, it was ordinary American Patriots that rose to challenge and defeat the most powerful nation in the world. Many of the Founding Fathers were wanted men and pursued by the British for Treason and Sedition. That did not stop them from removing the yoke of an oppressive master.

The fear instilled in the population by elected officials throughout the nation could only lead to this result. Americans are Revolutionaries who fought to created a nation based on a Constitution that guaranteed Freedom and Liberty. The same Freedom and Liberty the ruling class has been stripping away while engaging in corruption so obvious and arrogant that the fear of correction by those who they must fear has literally been erased.

For the last 4 years, the Democrat Party has been actively engaged with trying to unseat a duly elected president because they lost an election to a none politician. It made them look inept and replaceable. If that weren't bad enough his achievements surpassed those of career officials and the bureaucrats who have been doing little to nothing to improve the nation and its citizenry.

A crumbling nation devoid of a moral compass even unwilling to teach its children how to become better citizens.

What was witnessed today was a wake-up call to the malaise that exists in Washington and it's misguided attention on all things that don't matter to most Americans. This call to force was an attempt to make our leaders listen and not an effort to overthrow the government, but to instill the fear that the government must-have of its citizenry.

It bewildered me to listen to those in Congress speak about the Constitution and use it in a destructive way by speaking to the rest of us as uneducated buffoons. If they had only followed the Constitution regarding Federal Elections and State Election Laws we might not be in this terrible place. They damned themselves for power.

I see only one way to avert further destruction of this nation. Give the people what they want.

The 1876 Election Commission. If the election were the safest and truest as the Democrats say, this Commission of 5 Representatives of each House and 5 Supreme Court Judges to investigate the challenges and charges of election irregularities could be resolved before January 20th. 2021. Sounds easy and with precedent to boot!

What do we have to lose?

The United States of America...

Posted by theodore miraldi at 7:27 PM