U.S. Elections Are Not Worth SACRIFICING One's 'Personal' Life

Personal life, far from dead, is indispensable for happiness and public life 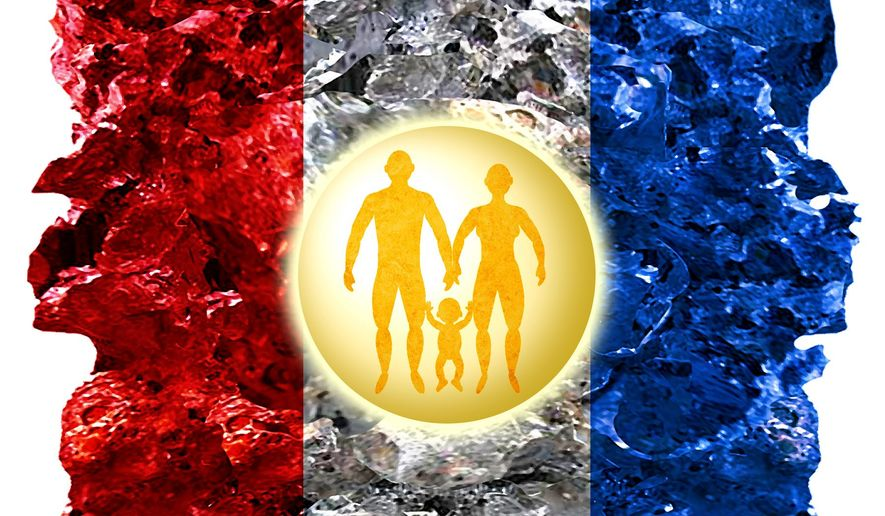 Illustration on the importance of the “private life” by Alexander Hunter

“The personal life is dead in Russia. History has killed it.”

As I watched the protest that turned ugly and violent last week, that quote from Boris Pasternak’s spectacular novel “Dr. Zhivago” cycled through my mind.

In the book, Pasternak places that quote in a scene in which a mostly apolitical doctor and poet enmeshed in the violence of World War I and the subsequent Russian Revolution of 1917 encounters a Bolshevik commander whose “nom de guerre” is Strelnikov (“gunman” in Russian). Strelnikov offers the thought when asked whether he has seen his own wife recently.

That is almost a perfect summation of Marxist ideology — and the unhappy history of Russia since the revolution. There is no personal life or private sentiment: All is political; everything involves the state.

What does that have to do with last week?

The most disconcerting part of last week was not necessarily the violence, although that was tragic and terrible. Nor was it the ease with which security at the U.S. Capitol was pierced, which was alarming.

It was that all of it — the deaths, the injuries, the damage and the fear — happened because a group of people on the right have essentially embraced Marxism and believe that political elections in the United States are important enough to sacrifice one’s personal life.

The most enduring and counter-intuitive rule of elections is that the winners are usually disappointed and the losers are usually pleasantly surprised. The winners — and losers — are always quite certain that the victory will bring significant and enduring changes to the nation.

The winners eventually realize that our system — three branches of government, three levels of government, mismatched timing of who holds which offices when — is specifically designed to prevent significant changes from being made over just one election cycle or even one generation.

The losers — among whom are those who entered the Capitol — hopefully will eventually realize this and come to understand that the changes they fear are not going to happen.

That all remains within the province of religion, morality, philosophy, poetry, literature and art.

Politics and elections are simply about how we decide who gets to use the coercive power of the state to encourage some activities and discourage or outlaw other activities.

In a democratic society marked by limited government and the preservation of fundamental God-given rights, the things in one’s private life are more important than the things in the public sphere. That is specifically why the Framers demarcated the public and the private through rights — so that the personal life wouldn’t atrophy.

Loving your family and neighbors. Working diligently. Doing well in school or on the job. Having (or not having) children. Pets. Choosing where to work and live. Achieving salvation.

All of those things and more are and should be much more likely to determine one’s happiness than anything that can happen in politics.

Obviously, there are occasionally legitimate challenges to those foundational features to national government that are too important to allow anyone to alter. In this cycle, the packing of the Supreme Court is one of those, and it has appropriately drawn intense opposition, even within the Democratic Party.

For the most part, however, federal policies change within a fairly narrow and modest range. Mr. Biden’s signature policy change appears to center on a tax increase. That seems like a bad idea, but it has happened before and will happen again. The truth is that if President Trump had won, we were likely to be talking about a tax increase anyhow.

If you don’t like it, work to defeat it.

Those who lost in November need to accept the loss — gracefully or otherwise — and move along.

Each election is sold as the most important election in the history of the world/the Republic/our lives/etc. None of them is. Political defeats and victories are ephemeral and fleeting.

Private and personal lives, on the other hand, are the sum and substance of our lives and the lives of those around us. They are also indispensable for any sort of public life. As a friend of mine once noted: “You cannot make men good by law, and without good men you cannot have a good society.”

Posted by theodore miraldi at 12:31 PM