What The French Revolution Can Teach Us About 'WOKE' Culture

Revolutions are draining and the assault on religion, landmarks and norms a short-term thing 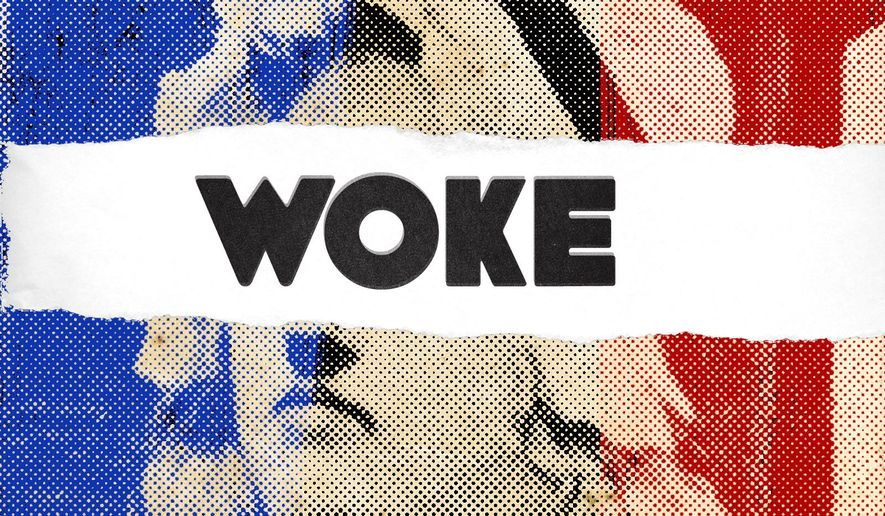 Rep. Emmanuel Cleaver’s addition of “Awomen” after the somewhat more traditional term “Amen” at the end of his invocation at the opening session of the 117th Congress brought to mind a story that was told about a visitor to Paris in 1794.

Paris was then in the throes of the radical phase of the French Revolution. The monarchy had been overthrown, the monarchs beheaded and a new order was being installed. In the midst of all of this change, a visitor from the provinces unfamiliar with the streets of the city sought to find the address of a business located on one of Paris’ oldest thoroughfares, Rue St. Denis.

Without the aid of Google Maps or a GPS and believing himself lost in the maze of streets, the visitor was forced to turn to a passerby for assistance. When the visitor mentioned that he was seeking a location on Rue St. Denis, the passerby shook his head and indicated that no such street existed. He suggested that the visitor was undoubtedly looking for Rue Nis instead. Confused by this response, the visitor asked what had happened to the famous and bustling Rue St. Denis.

The passerby indicated that nothing had happened to the street, but that its name had been changed. He reminded the visitor that under the new revolutionary regime, the Catholic religion was no longer recognized and that the concept of “saints” had been abolished. Therefore, the term “saint” had been stricken wherever it appeared. He then added that all aristocratic privileges had also been abolished and the prefix “de” which denoted such a privilege could also no longer be used. As a consequence, the passerby, proudly pointing to the street sign above his head, indicated that the visitor was precisely where he wanted to be: on Rue Nis.

If he had wanted to emphasize the ongoing changes, the Parisian could also have pointed to the Cathedral of Notre Dame, by then reconsecrated as a “Temple of Reason,” and he could have noted that all of the statues on the facade were headless. The revolutionaries had wanted to purge the Parisian scene of any remnants of royalty.

Never mind that the statues were of the kings of Judah without any relation to the overthrown Bourbon monarchy, historical purity required the decapitation of all kings — alive or of stone. For good measure, the passerby could have invited the visitor to go to one of several public places where a guillotine was periodically erected for the convenient decapitation, without the benefit of trial or defense, of those who objected to the new order.

Indeed, the changes wrought by the hard core revolutionaries of France in the second and very radical phase of the French revolution were very thorough. These young men (virtually all of them were in their 30s) filled with righteous energy and conviction had determined that in order to safeguard the political benefits of the reforms created by the Revolution, everything that echoed the old order had to be removed and destroyed. Absolute purity was the only means of insuring the success of the new regime.

The calendar itself had to be revamped. The seven-day week was cast aside for the “decadie,” a new 10-day week. In an environmental spirit, all of the months were renamed, disposing of the old Roman names, and instead ascribing names reflecting the seasons and activities in relation to those seasons. Late September and October became “Vendemiaire,” the month for the grape harvest, to be followed by “Brumaire,” the month of fog and then Frimaire, the cold month, and so on.

Since the young revolutionaries considered that they and their Revolution stood at the center of the universe, the numbering of the years also had to change. As a result, the day of the proclamation of the Republic: Sept. 22, 1792, was designated as the beginning of time, with the following 12 months being Year 1.

Even the private interactions of individuals had to change. The old titles of nobility were, of course, abolished, but so were the traditional terms “Monsieur” and “Madame.” Instead, everyone was now “Citizen.” They did not go so far as to abolish gender terms, but likely only because gender is far too strongly embedded in the French language. However, in exchanges between “citizens,” the formalistic “vous” was replaced by the more informal “tu” to evidence the new equality.

Countless traditional components of French daily life were cast aside in the process of trying to create a new society. But then, within fewer than a half dozen years, the chaos engendered by all of the changes created a kind of social and political vacuum and the Republic was unceremoniously discarded and replaced by a military dictatorship under the firm hand of Napoleon Bonaparte.

France and Europe were then plunged into an endless cycle of wars ostensibly intended to spread (and impose) the new French system on France’s neighbors. Millions of men died during these wars, with all of the consequent heartache and loss.

Physical and emotional exhaustion set in. The will to proselytize the revolutionary ideals waned and most of the French seemed to aspire to a return of the old customs in spite of many of their allegedly repressive qualities.

And so, by 1815, a mere 21 years after our provincial visitor’s encounter with Rue Nis, a Bourbon king was back on the throne, street names had reverted to their prior formulations, the old calendar had been reinstated, Catholicism had been restored to its role as the religion of the realm (with the statues on Notre Dame given new heads), and many of the old customs had been revived.

The Revolution had drained everyone. Even some of those who had been strong supporters of the radical revolutionary changes breathed a sigh of relief and undoubtedly quietly said “Amen.”