AOC: The Dirk Diggler of the 117th Congress

She wants to make the whole Capitol invasion about herself 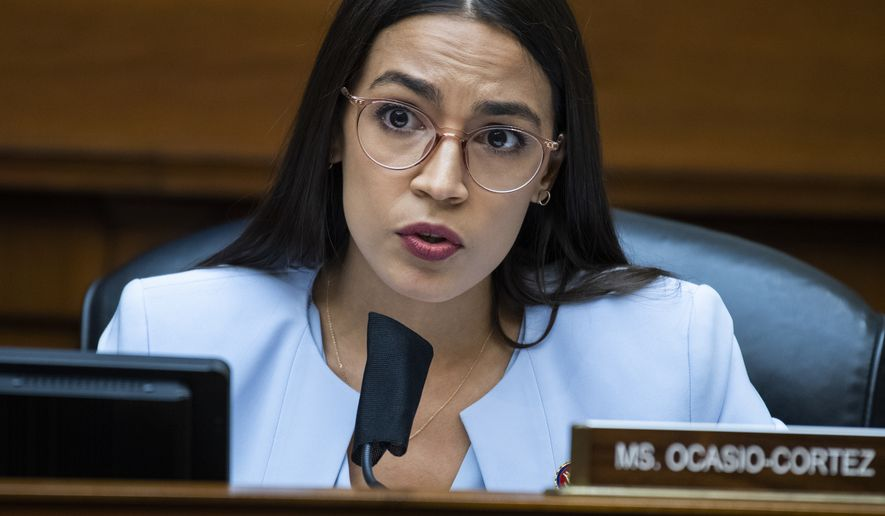 On trial now: the great Washington narcissist who constantly lies, sows political discord and incites riots. Let us call to the witness stand Rep. Alexandria Ocasio-Cortez, the New York Democrat — in defense of herself.

In a town full of fabricators, bloviators and serial fabulists, Ms. Ocasio-Cortez has one of the most fanciful relationships with the truth of any politician today.

She envisions herself a downtrodden victim of attempted murder, yet also an invincible superhero waging a war on “disinformation,” free markets and farting cows.

Still, while any good person also wishes she would seek psychiatric treatment, she sure is hilarious.

Her lipstick monologues on the Internet always bring to mind that great fictional American actor Dirk Diggler in “Boogie Nights,” lamenting the stresses of being at the apex of his career.

“What can you expect when you’re on top, you know?” he says, resignedly into the camera.

“It’s like Napoleon. When he was the king. You know, people were just constantly trying to conquer him, you know, in the Roman Empire. So, it’s history repeating itself all over again.”

In fact, I am pretty sure we have heard AOC say precisely that — complete with all the unnecessary “so”s and “you know”s and factual incoherence.

She is the Dirk Diggler of the 117th Congress.

And when she is not playing Congresswoman, victim or superhero, she is a lipstick model turning out Internet videos for Vogue magazine, spilling all her beauty secrets.

At the end of one 18-minute selfie video about her “beauty routine,” AOC instructs her followers to gaze in the mirror and repeat after her.

“I am the bomb,” she preens. “And I will make the world a better place in my own little pocket.” (Typing out AOC quotes is absolute hell on the “I” key on the typewriter.)

Then she twinkles into the camera, smiles and pulls on a black and white blazer in the print of a dairy cow. Admittedly I am not an expert on beauty tips or lipstick or selfie videos, but this blazer seems off message.

Either flatulent dairy cows are evil and should not be celebrated, or they are lovable creatures and oppressive humans like AOC should not be committing bovine appropriation by wearing dairy cow printed blazers for her own jollies.

After all, what does she know about what it is like to be a dairy cow??? Did that dairy cow even get credit for inspiring the print on AOC’s blazer? You know, a dairy cow would want to have a day off.

Anyway, what were we talking about? Oh yeah, Dirk Diggler.

Actually, I would like to apologize to Mr. Diggler for the first part of this column. Truth is, Dirk Diggler had enormous self-awareness compared to AOC. Also, he would have been far too modest to pull off a role like AOC.

The U.S. Capitol was stormed last month and AOC was not even in the building. But guess who starred the leading role in the movie that played in her own mind? That’s right, the lipstick model herself, displaying her full range of talents.

“The reason I’m getting emotional in this moment is because these folks who tell us to move on — that it’s no big deal, that we should forget — these are the same tactics of abusers,” she says in a selfie video.

“And I’m a survivor of sexual assault.”

Then, she adds: “As a survivor, I struggle with the idea of being believed.”

Adding to her struggles of “being believed” is her long record of “lying.” Such as her sensational accusation during the Trump administration that Border Patrol agents forced people to drink from toilets.

To be fair, this lie may have been an honest mistake because she is apparently not actually proficient at speaking Spanish. But, still, who accuses law enforcement officers of such inhumanity simply to score a political point?

Then there is her grubby, desperate effort to make the whole Capitol invasion all about herself.

“I just hope I get to be a mom. I hope I don’t die today,” she screamed when rioters invaded the building she was not in.

The endless self-serving and delusional AOC quotes go on and on, but, unfortunately, they are not available at the moment. The “I” key on my typewriter is all worn out.

Posted by theodore miraldi at 9:52 AM