Administration's school reopening plan is as clear as mud, and that's how they prefer it 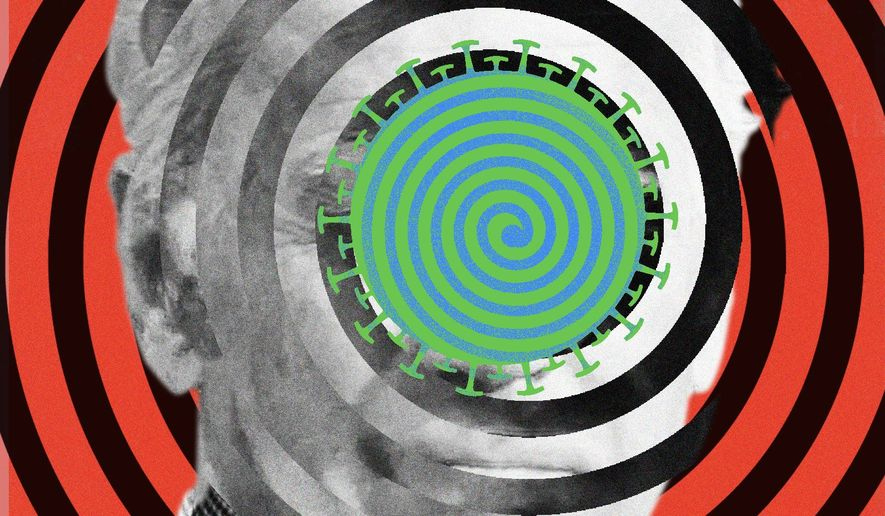 Illustration on the Biden administration and reopening schools by Linas Garsys

Poor public messaging, outright lies, the moving of goal posts and bowing to political interest groups has defined the Biden administration’s early COVID-19 response. So much for “following the science.”

The Biden administration regularly contradicts and doesn’t reinforce its own Centers for Disease Control and Prevention (CDC) guidance. According to CDC recommendations, teachers don’t have to be vaccinated as a prerequisite for returning to the classroom. Yet, on NBC’s “The Today Show” on Wednesday, Vice President Kamala Harris refused to back the CDC, only saying “teachers should be a priority” in receiving a vaccination. She refused to answer when schools should reopen.

Just days prior, Ms. Harris outright lied to Axios about the vaccination progress the Biden administration inherited from the Trump presidency,  saying: “There was no national strategy or plan for vaccinations … we were starting from scratch.” It’s a demonstratively false statement — that has also been uttered by President Biden’s chief of staff — who went unchallenged by the Axios reporter.

But the lies don’t end there. During Mr. Biden’s first town hall on Tuesday evening, he said there was no coronavirus vaccine when he came into office.

The problem: Mr. Biden received his second dose of the coronavirus vaccine on camera Jan. 11 — 19 days before he was sworn into office. The first vaccine doses were administered to the public on Dec. 14. When Mr. Biden took office, almost a million people a day were receiving shots.

The mainstream media news “fact-checkers” were quick to excuse Mr. Biden’s lie — calling it an innocent “gaffe.” That would be easier to believe if it wasn’t the entire Biden administration’s messaging strategy to gaslight the American people on how well they’re doing on their COVID-19 response compared to the previous administration and allow the news media to run cover for them.

Take for example when Mr. Biden announced his “big and bold” vaccine strategy — getting 100 million people vaccinated in the first 100 days. There was nothing big or bold about it, the nation was already on-track to meet that goal. Reporters who pointed it out were chastised by the new administration.

In his town hall, when asked when everyone who wants to be vaccinated would be, Mr. Biden replied, “by the end of July of this year.” That goal would actually be ambitious.

But not so fast. Mr. Biden explained what he meant was vaccines would be available to everyone by the end of July. That’s simply not the same thing. Being eligible to get the vaccine is not the same as being able to receive one. Many news outlets didn’t pick up on the distinction, happily running with this enterprising plan.

Mr. Biden’s team also set the goalpost of getting children back to school in his first 100 days. They later clarified what that meant was more than 50% of schools teaching in-person at least one day a week. That “bold goal” would translate into closing some schools that have already opened — reversing progress that has already been made.

When asked to explain this in his town hall, President Biden said there was a “mistake in communication.” Only problem: It was his own press secretary who laid out the specific benchmark of 50% of schools open one day a week.

But let’s forget that guidance was ever issued.

On Tuesday, Mr. Biden’s Press Secretary Jen Psaki tweeted: “Last week I said @POTUS goal was to open schools five days a week as quickly as possible. And that we are going to rely on science. Which is exactly what we are doing.”

Except that’s not what she said. Mr. Biden’s school reopening plan is as clear as mud, and that’s how his administration prefers it, as to setting specific goals would mean taking on the teachers’ unions, one of their key constituencies.

What has become clear is the Biden administration’s only coronavirus messaging is to put down the previous administration, make big proclamations about their own ambitions, rely on the news media to propagate, and then quietly backtrack with vague generalities when pressed for hard answers.

Science is not ruling the day, politics are.

Posted by theodore miraldi at 2:21 PM