Mind You, it's Not Erratic to Sell Influence to the Enemy, or Put Thousands of People Out of Work During a Pandemic with the Stroke of a Pen. The Dems Only Mimic What They See in the Mirror ... tmiraldi 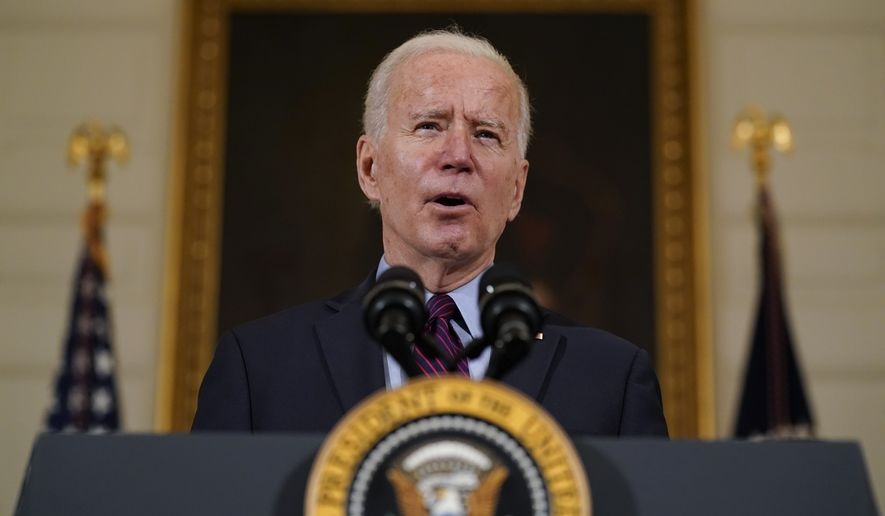 President Joe Biden speaks about the economy in the State Dinning Room of the White House, Friday, Feb. 5, 2021, in Washington. (AP Photo/Alex Brandon)

“I think not,” Mr. Biden told CBS News in an interview, clips of which aired Friday.

“What value is giving him an intelligence briefing? What impact does he have at all, other than the fact he might slip and say something?” Mr. Biden said.

Former presidents usually receive briefings and have access to classified information.The White House had said officials were reviewing the issue.

“I don’t think he can be trusted with it,” the California Democrat told CBS. “There were, I think, any number of intelligence partners of ours around the world who probably started withholding information from us because they didn’t trust the president would- would safeguard that information and protect their sources and methods.”

Posted by theodore miraldi at 5:26 AM