Columbia Professor: I Do HEROIN Regularly for ‘Work-Life Balance’

And This is What Higher Education Offers Your Children At Columbia University ... Cancel This WOKE Monster!!
...tmiraldi 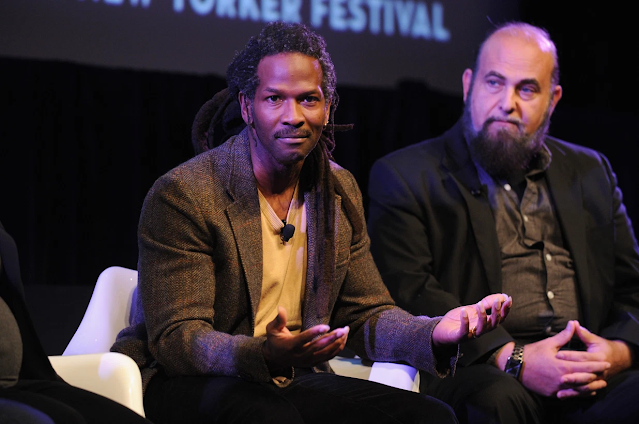 Carl Hart is a Columbia University professor of psychology and neuroscience. He chairs the psych department and has a fondness for heroin – not only as a subject of scholarly pursuit but also as a substance for personal use.

At 54, the married father of three has snorted small amounts of heroin for as many as 10 days in a row and enjoyed it mightily – even if, as he recalls in his new book “Drug Use for Grown-ups: Chasing Liberty in the Land of Fear” (Penguin Press), he’s experienced mild withdrawal symptoms “12 to 16 hours after the last dose.”

But, as Hart sees it, the discomfort is a worthwhile trade-off.

“There aren’t many things in life that I enjoy more than a few lines by the fireplace at the end of the day,” he writes, pointing out that the experience leaves him “refreshed” and “prepared to face another day.”

Hart, who studies the effects of psychoactive drugs on humans, finds his use of the narcotic to be “as rational as my alcohol use. Like vacation, sex and the arts, heroin is one of the tools that I use to maintain my work-life balance.”

His reason for coming clean about doing opiates and the like is to advocate for decriminalizing possession of recreational drugs. The book makes the case “that the demonization of drug use – not drugs themselves – [has] been a tremendous scourge on America, not least in reinforcing this country’s enduring structural racism,” according to the publisher.

Hart told Insider that he hopes to see President Biden work toward federal regulation and licensing of the use of substances that are often described as neighborhood scourges.

And, by his logic, if people are going to indulge, they should at least do it safely.

For instance, he told the site, “if you’re going to use opioids, don’t use alcohol as a background … [the combination] increases the likelihood of respiratory depression and death.”

It’s not just heroin that keeps Hart centered, he claims. The prof is also a fan of the effects brought on by MDMA (better known as Molly or ecstasy) and methamphetamine (a drug that has caused the most overdose deaths in nearly half the US, according to the Centers for Disease Control and Prevention). In describing MDMA, he recalled “intense feelings of pleasure, gratitude and energy.

“When I’m rolling, I just want to breathe deeply and enjoy it. The simple act of breathing can be extremely pleasurable.”

He even found pleasure in snorting a version of so-called bath salts, a synthetic cathinone that’s been linked to disturbing behavior from barking to breaking into homes. Hart’s assessment: “unequivocally wonderful.” In his book, he recounts the effects as being “euphoric, energetic, clearheaded and highly social … niiiiiice.”

So nice, in fact, that he writes about wanting to take the drug ahead of “some awful required social event, such as an academic reception.” A rep for Columbia has not returned The Post’s request for comment on Hart’s illegal drug use.

While recreational-drug enthusiasts may salute Hart, the medical and addiction community may find the prof’s utopian approach less than ideal. According to the CDC, in 2018, nearly 15,000 people died from drug overdoses involving heroin in the US.

Some experts maintain that even legalizing cannabis, the mildest of recreational drugs, poses dangers, including an increase in visits to emergency rooms, as one recent report from the University of Michigan found.

Plus, weed can have serious health effects: “Smoke a couple times a day and marijuana will knock off your memory. That is pretty certain,” Christian Hopfer, a professor of psychiatry at the University of Colorado School of Medicine, told The Post. “And there is no question that legalization has a normalizing effect on something that used to be against the law.”

While acknowledging in his book that “drug use is not for everybody,” Hart cites America’s founding documents and their promise of life, liberty and the pursuit of happiness as reasons for having the choice to snort lines, smoke weed and expand one’s mind.

“You can live your life as you choose,” he told Insider. “And it’s nobody’s business, as long as you do not interfere with anybody else doing the same.”

Posted by theodore miraldi at 3:48 PM