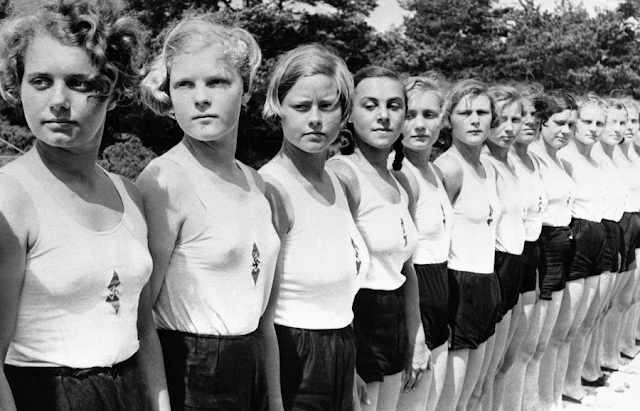 Make no mistake, my admiration for women has been ingrained by numerous positive experiences that have made me a better human being even though some experiences have been debilitating. As with all things in life balance and choices are the best predictors of positive outcomes.

Certainly, we can all attest to the outward efforts by the XX biologicals against the XY's has been ongoing throughout humanity's history. The nurturing aspects of modern society have turned biological design on its rear. Working the room is what XX's do best. And from all indications, the XY's are on their heels.

Equality is the foregone conclusion of modern-day societies' unfortunate missteps that are causing unintended consequences negatively affecting human interactions during times of critical analysis and problem-solving. Now equity of outcome has become the goal.  The guaranteed outcome of uneven variables. Who was the genius that invoked a pure Communist and Socialist narrative into our Constitutional Republic? The New Democrat Left who believe saying it makes it so. Not so long ago only Bernie had the audacity to espouse pure political garbage in Congress. Bernie, the Fuller Brush Salesman of the Senate knew his shtick was about his ego, after all he was selling something no-one would buy ... Radical Upheaval, a Brush with Failed History.

Fast forward to the addition of a gaggle of victims from crumbling Urban Blight, some imported from war-torn third-world nations who as Biden would characterize as a 'One Pony Horse Show' have risen from the ashes to save our nation, not from ourselves, but from them. Brash, Vulgar women who in an evil zest to prove they are better than those they despise, spew venom to kill their opposition. Lies are truths, and truths are lies. The government has gone woke and the petty school girls of a new awareness are thrilled with themselves. The obsession with being universally right on each and every issue facing the nation and the individual is comical at best considering individualism has gone the way of the DoDo. Make no mistake these are coordinated groups with a new Dogma that takes no prisoners. How dare you question their failures you flawed XY.

How could this happen?

After decades of peer pressure and insane psycho-babble professionals promoting anything goes, throwing the baby out with the bathwater is the new normal ... Just listen to the moral superiority of immorality. No matter your personal narrative it's wrong.

As not to add wood to the fire, men and women are intellectually equal... Unfortunately, their processes are sometimes diametrically opposed during problem-solving and interrupt the integration of successful outcomes leaving a swathe of destruction behind. Not a winning narrative by any means. The old paradigm of trial and error is being discarded for faux personal outcomes rather than community benefit. The guise of caring vanquishes integrity and ethical behaviors that weave the fabric of community and society. Dog eats dog has a finite lifespan we steadily approach without the wisdom of the future or, the experience of the past.

The many archetypes of modern women are vast and unrelated in very important ways. Unlike many of their male counterparts, women develop bonds within their specific groups, one might characterize this as free-thinking, but in actuality, it is the opposite. Some groups can not function sans Group-Think, so acceptance becomes imperative. Disobey and you are banished forever! The insane logic comes to mind regarding the KKK and BLM both unmistakenly racist groups, one illegal, the other embraced.

The powerful dichotomy of male gender acceptance for the mother of their children and his counterpart creates a clash of reasoning that is being seized upon to gain an advantage socially and economically. One must understand the object permanence all children have in their first permanent relationship with their mothers. This relationship builds a child's character and understanding of the world. Motherhood no longer is the world's' most important job.  As I've stated numerous times before without mom, you're kind of screwed. So, the pedestal is high in our admiration of women as it should be.

Men by in large steer clear of forceful women and take extra precautions when dealing with disagreement. I'm not suggesting all women are alike and every interpersonal relationship is fraught with fear of non-acceptance or worse cancellation.  Changing the 200,000 years of evolution of modern humans within an instant since the 1960s may be too much to ask in too little time. Reorganizing evolution on a socio/economic level has been more of a demand than an acquiescence.

The volatility brought about by extreme shifts in our sociological perspective has created an animus between the sexes. This drive to constantly prove you're better has created too many additional victims within our society. Too many are being left behind failing to live up to unrealistic expectations. To many failures means shame and diminished self-respect.

For instance, a woman can use not only her physical attributes and sexual allure but excess must be adhered to on her terms, whatever that may be. The emasculation of men by women no longer allows XY's to control the narrative of relationships. Of course, in today's women, the Me-Too movement of perceived injustice continues to ruin lives far beyond justice and reason.

What was once considered normal gender interaction has become Taboo, while the Taboos of the past have become normal. While men think liberalism gets them access, only women can practice liberalism in their daily behaviors without any regret. Simple morality even in general terms gets trashed by the new narcissist population wanting to expose themselves to humiliation than cry foul, and a victim is born.

So, look at what the nation now faces, a party of emasculated men joining women who demand the comforts of success and celebrity. The demand of compliance or be ostracized and shunned by an unholy alliance of mentally challenged misfits whose lust for personal power always exceeds their ability to produce fair and even results.

We no longer act in concert to be one for a greater cause. The hive is now the only cause. So the Intellectuals tell us.

I'm sometimes called a dinosaur, but at least the Dinosaurs ate what they chose... and not what they were force fed.